Lotte Chemical signs off on $3.9B project

Lotte Chemical signs off on $3.9B project 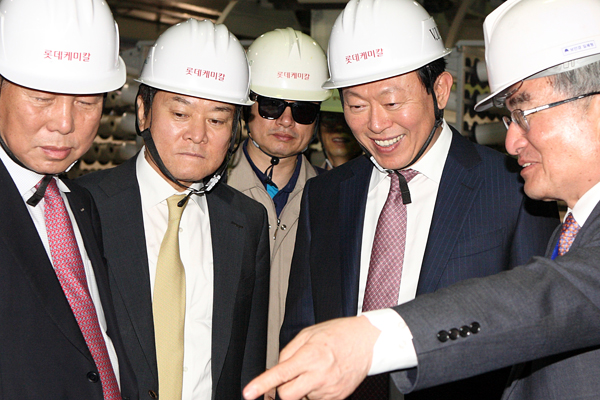 Lotte Group Chairman Shin Dong-bin, second from right, and other Lotte Group executives are briefed on the Ustyurt Gas Chemical Complex on Saturday during a ceremony celebrating the completion of the project. [LOTTE CHEMICAL]

Lotte Chemical has completed a gas chemical complex in Uzbekistan as part of a $3.9 billion private and public joint project that has taken 11 years to construct.

As the largest gas plant built by a Korean company, the Ustyurt Gas Chemical Complex produces high-density polyethylene (HDPE) and polypropylene (PP) in facilities on about 245 acres of land. The company hopes the completion will pave the way for it to enter the Central Asian market and further expand into Europe.

“We need to boost the petrochemical and material businesses, the new growth engine of Lotte Group, to the degree that we have done with the retail segment,” he said. 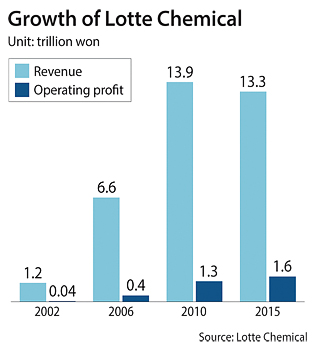 “The time is ripe to diversify our business portfolio since [sales of] the retail business account for over 40 percent,” he said. “We should grow the chemical business to the same level as the retail sector.”

The retail sector made up 43.6 percent of Lotte’s entire sales at 84 trillion won ($71 billion) last year, while sales generated from chemical units accounted for 15.9 percent.

“The petrochemical and material industry is considered vital to the economy, and the sector can open opportunities to enter developing countries,” Shin said. “We need to pay attention to Uzbekistan and Indonesia as the countries undergo transition in energy use from petroleum to gas.”

Shin said he expects the new plant to serve as an important base for far-flung markets.

“Through this project, we have had a stepping stone to enter overseas markets including Russia and North Africa as well as Central Asia,” he said.

Since Shin took over as chairman of Lotte Group in 2012, he has sought to build the petrochemical business through mergers and acquisitions. He is known to have led buyouts of KP Chemical, Titan Chemical in Malaysia and Hyundai Petrochemical.

The Uzbekistan project represents a combination of Shin’s ambitions in the chemical business and the government’s efforts to boost overseas projects.

Former President Roh Moo-hyun initiated efforts in Uzbekistan in 2005, followed by his successor Lee Myung-bak, who clinched a formal agreement.