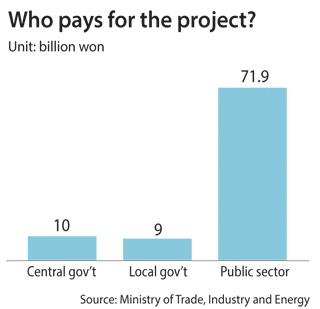 The government and private enterprises such as Hyundai Motor plan to invest 90.9 billion won ($76.3 million) in a “smart factory” in Korea’s Banwol and Sihwa industrial complex in Gyeonggi Province.

The new smart plant will cut costs by raising the efficiency of product development from planning and designing to manufacturing and distribution, the Ministry of Trade, Industry and Energy said Tuesday.

“The global economy is slowing down and many countries are competing with each other to find new economic growth engines,” said Joo. “I believe we need to improve our manufacturing industry in general by taking various measures, such as adopting a smart factory system, and I hope the Banwol and Sihwa complex will become a model that many small to midsize companies can learn from.” 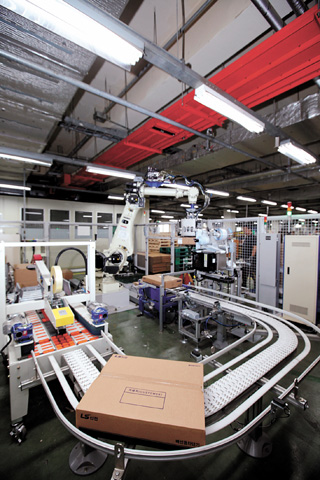 The project will have six specific goals. First, both the public and private sectors will spend some 10 billion won to construct the landmark smart factory and invest some 15 billion won to build a futuristic or demonstrative factory to allow companies such as Siemens and LS Industrial Systems to learn how these facilities work.

“Companies that are planning to have their own smart factories can try out whether it will work for them at the demonstrative factory,” said a ministry official.

Another 44.9 billion won will be used for KT and other public sectors to develop a network for the Internet of Things and establish big data analyzing centers. The government added that it will also train people to become professionals at the new factory.

The smart factory is similar to the concept of factory automation that allows manufacturers to reduce the number of employees.

“The smart factory goes further than the previous concept, and it uses various technologies such as the IoT in the plant that can gather data itself and make decisions more effectively,” said Chang Jae-hyun, a researcher at LG Economic Research Institute in a report released earlier this month. “The goal of the smart factory is not just to achieve mass production, but rather it is to have companies to flexibly manufacture various kinds of products.”

According to the trade ministry, a total of 1,240 companies were operating smart factories after receiving funds from the government as of the end of last year.

“Their productivity improved by 25 percent and defective proportion dropped by 27 percent after they moved into smart factories,” a ministry official said. “In the past, the government funded companies individually, but this time it is different as we are constructing a smart factory that will welcome a large number of companies to experience how it works.”