Is TPP an orphan?

Is TPP an orphan? 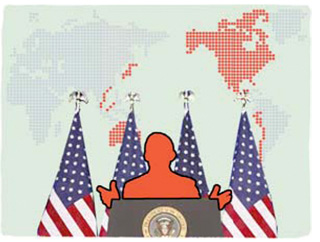 Korea has expressed an interest in joining the Transpacific Partnership, which will amount to the largest new multi-nation free trade institution in Asia. The TPP will include the second and third largest economies in the world, the United States and Japan, and this has even sparked the quiet interest of China, although the thought of China being capable of joining a free trade agreement like TPP is still remote. Because TPP is modeled after KORUS as a high-quality, high-standards free trade agreement that not only lowers trade barriers but also aligns domestic production, labor, and environmental standards, Koreans are already familiar with the types of adjustments necessary to accede to such an agreement.

But should Korea be worried about TPP’s future? A look at the presidential campaign in the United States offers a discouraging outlook on the prospects for free trade. Indeed, the one issue that the presumptive Democratic and Republican presidential candidates seem to agree on is that they are both opposed to TPP. In Ohio in March, Hillary Clinton said the terms of TPP, such as the rules of origin clauses on autos, were deficient and would allow trade competitors like Japan to cheat on the agreement. On the campaign trail this past fall, Donald Trump used even harsher language, saying, “The deal is insanity and should not be allowed to happen.”

In the case of Clinton, opposition to TPP reflects tendencies in the base of the Democratic Party, with heavy labor union elements that fear U.S. industries moving overseas for cheaper production costs. Indeed her harshest remarks on TPP correlated with her campaign stops in heavily unionized states like Michigan and Ohio. However, the anti-trade position also reflects the remarkable and unexpected appeal of her opponent Bernie Sanders, a self-avowed socialist, which has forced Clinton further to the left on trade issues.

In the case of Trump, the anti-TPP stance is being used as an attack on Hillary by criticizing the creation of NAFTA during her husband’s administration, which Trump claims has cost the United States millions of jobs. Trump taps into a raw anger and frustration among Americans that believe that despite macroeconomic indicators that the U.S. economy is getting better, their own living standards and career opportunities have stagnated. In this regard, anti-trade statements scapegoat “foreigners” as the cause of this discontent.

Together, the positions of these candidates raise concerns broadly in Asia that the United States is taking a neo-isolationist turn with the next presidency, which is very disconcerting in the growing shadow of China’s more assertive behavior in the region.

But one should not give up hope. First, Hillary’s stance on trade at this moment in the campaign may not be the most accurate indicator of her position should she be elected president. After all, as Secretary of State, she was a proponent of the plan; furthermore, her overall foreign policy inclinations are internationalist more than they are neo-isolationist.

Second, if there was one Cabinet member of Obama’s presidency who truly internalized the so-called “pivot” to Asia as being critical to U.S. strategic interests, it was Secretary Clinton. She signaled an affinity for Asia immediately by making her first trip as America’s top diplomat to Japan (a historic first for a Secretary of State) and throughout her term.

Third, the best indicator of how Clinton’s anti-trade stance can evolve over time is President Obama, who as Senator voted against free trade agreements (for example, CAFTA), and as President took an avowedly anti-trade stance in his first year, putting KORUS on hold and encouraging the filing of two WTO cases against China. Today, however, he is arguably the world’s strongest proponent of TPP.

The case for a change in Donald Trump’s anti-trade stance is less straightforward. The raw populism that infuses his message of “America First” would seem forever unfriendly to free trade. Moreover, his “1980s view” of countries like Japan and Korea as trading enemies that are masquerading as allies leaves little room for more internationalist thinking.

However, even in Trump’s case, there is room for optimism. First, one has to remember that the business tycoon and reality TV personality does not seem to represent a consistent political ideology. There may be a neo-isolationist streak in everything that he says, but this is not an ingrained ideology, as might have been the case with Ted Cruz. It is populism, which also means it can change as the political mood shifts.

Second, Trump’s anti-trade views run completely at odds with the majority of the Republican Party, which has a deeply ingrained support of free trade competition. If Trump wants the Party to support his candidacy, then the gap between his policy positions and those of the party are likely to narrow as we enter the general election season this summer.

This dynamic has already become evident, for example, in the slate of potential nominees the Trump campaign released last week for U.S. Supreme Court justice. The conservative credentials of all of these people reflected in my opinion, the growing influence of the Republican mainstream in Trump’s thinking as he becomes the party’s nominee to beat Clinton in November. The meeting with House majority leader Paul Ryan two weeks ago, and the endorsement of Trump by the National Rifle Association last week are further signs of growing convergence between Trump and the Republican mainstream.

The bottom line is that Trump, as one of many political candidates in the Republican primary, was under no real pressure to conform with the party. Indeed, he was the political maverick. But now that he is the party’s nominee for president, he needs to prove that he is a true conservative, not just on domestic issues but also on trade.


*The author is professor at Georgetown University and Senior Adviser and the Korea Chair at the Center for Strategic and International Studies (CSIS) in Washington, D.C.