Air conditioners fly off the shelves

Air conditioners fly off the shelves 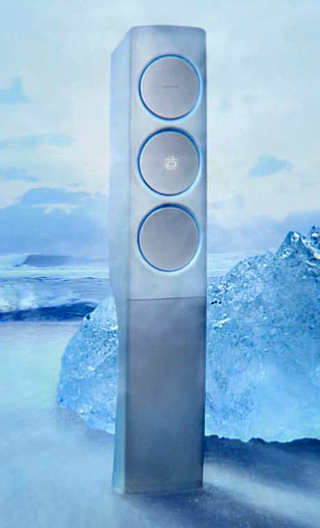 After last week saw temperatures peak at over 30 degrees Celsius (86 degrees Farenheit) - unprecedentedly high for a May spring - consumers are rushing to buy air conditioners to get ready for summer.

And new technologies have made sales particularly buoyant.

Samsung Electronics said its air conditioner sales in the third week of May more than doubled compared to the same week a year earlier.

Rival LG Electronics this year began full operations of its air conditioner manufacturing facilities at the end of April - three weeks earlier than in previous years - after demand soared on forecasts that this summer is going to be a scorcher.

The rate of operations at LG’s air conditioner factories in the first three month of this year was 105 percent, surpassing the 100 percent mark for the first time in three years, the company says.

Air conditioner vendors are hyped on the idea of selling over 2 million units this year, a record last seen in 2013. The disastrous sinking of the Sewol ferry and nationwide depressed mood dealt a blow to sales in 2014 and the outbreak of Middle East Respiratory Syndrome had a similar effect last year.

“The fact that sales were sluggish in the past two years is likely to have a positive impact this year,” said a spokesman with Samsung.

Samsung’s four-month-old Q9500 model, the so-called “breeze-free” air conditioner, has been immensely popular thanks to its “subtle” form of cooling. Of all standing-type air conditioners from Samsung sold in May, the Q9500 model accounted for over 80 percent of sales.

The breeze-free air conditioner lowers indoor temperatures with the help of innovative technology that cuts down on the actual breeze coming from the unit. It feels like the kind of cooling you get when standing in front of a refrigerator with the door open. On top of the lack of wind, it saves up to 85 percent of electricity consumed when the air conditioner is in full operation.

Samsung says the unit was inspired by the fact that women, children and senior citizens don’t like direct blasts from air conditioners.

LG’s dual air conditioner under its signature Whisen brand has a similar mechanism. Equipped with a motion detector that enables it to analyze the number of people around it and their location, it is able to send out customized breezes through two different air outlets.

The model is also known for its versatility. Heating, cooling, air purifying and dehumidifying functions are combined in a single machine, eliminating the need for separate devices.

American player Carrier boasts 18 different levels of the strength of air released to satisfy both those who prefer strong wind and those who are extremely sensitive to breezes. The first level is so weak that it is unable to spin a pinwheel within a 1-meter distance.