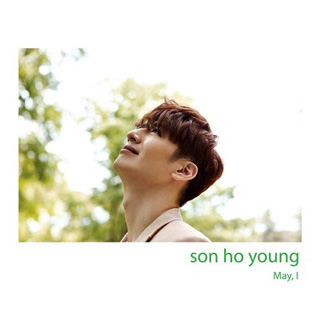 Son Ho-young has come back with a new mini-album after five years. During his break from his solo career, he was busy performing as one of the five members of the group g.o.d. In 2014, they reunited after a 12-year separation.

On his solo return, Son performs his unique style of singing in the six tracks that evoke the spring air of May, as the title, “May, I,” indicates.

The title track, “My Weakness,” features the matured voice of Son. This seems to be a love song but it could be sung as a way of expressing gratitude. Yoon Jong-shin produced this song after being inspired by the fans of Son, who have stayed by his side for a long time. A line in the lyrics represents this, saying, “Your preciousness is my weakness.”

“Only You” is a rhythmic track about trying to reconcile with his girlfriend by saying he was just out of his mind for a moment. This track also features Son’s rapping, which makes it all the more delightful.

Overall, the lyrics are sugary like a sweet proposal.