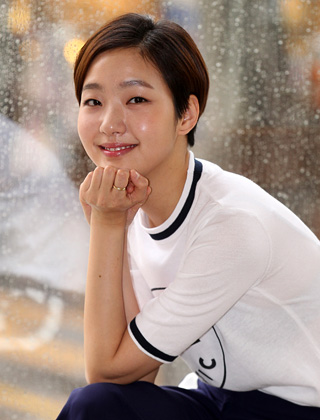 Actress Kim Go-eun has landed a lead role in the upcoming romantic comedy drama series “Goblin” that will be penned by star screenwriter Kim Eun-sook, who recently wrote the hugely successful series “Descendants of the Sun.”

In the fantasy romance drama, Kim will pair up with actor Gong Yoo of “Train to Busan” (2016).

The drama series is scheduled to hit the air in November on tvN, and it is reportedly based on a Korean fairytale story which is about a relationship between a goblin who wants to end its immortal life and a death angel.

Actress Kim is one of the most prolific actors these days. Her recent film “Canola” is currently screening nationwide and the 25-year-old actress appeared in the hit drama series “Cheese in the Trap” earlier this year, for which she received acclaim for her portrayal of Hong Seol, the lead female character, from the fans of the original webtoon.

The last episode of “Descendants of the Sun” earned a viewership rating of 38.8 percent last month. With many people enjoying entertainment across various platforms including the Internet and smartphones, drama series these days rarely earn more than 15 percent of viewership.