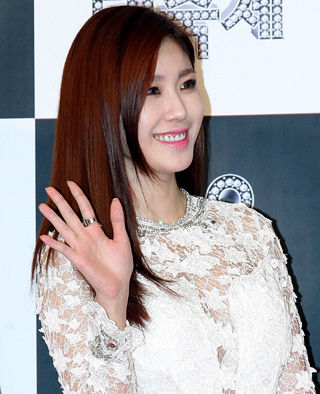 Jeon Hyo-sung, a member of the K-pop girl group Secret, will join the upcoming drama series “Wanted” in a supporting role.

“Her character, Park Bo-yeon, is a skillful hacker. Jeon just finished reading the first script of the drama with other cast members last week,” said TS Entertainment, the 27-year-old singer’s agency, on Thursday.

Along with Jeon, actress Kim Ah-joong and actors Uhm Tae-woong and Ji Hyun-woo will appear in the drama series.

The thriller drama depicts the struggles of people working at a broadcasting station who attempt to rescue an A-list actress who is abducted.

They complete missions assigned by the kidnapper on a live reality TV show in order to save the actress.

The show is set to begin airing June 22.

Jeon carved out a name for herself as a member of Secret, but she has been trying her hand at acting when she is not performing as part of the girl group.