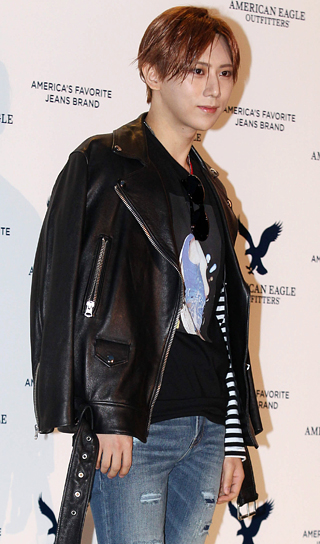 Fans of K-pop singer Jang Hyun-seung, a former member of the boy group Beast, filed a suit against a malicious online commenter with the Supreme Prosecutors’ Office on Thursday.

“The malicious commenter has been spreading drug rumors and publicly blaming Jang’s family,” the association of Jang’s fans said in a statement issued Friday. “We couldn’t sit and watch Jang and his family getting into bigger trouble.”

Many entertainment agencies and celebrities these days are actively dealing with internet users who spread groundless rumors by filing lawsuits against them, but this is the first time a fan club has sued an individual malicious commenter.

Jang debuted in 2009 as a member of Beast, but he announced his departure from the group last April. The association of Jang’s fans are concerned that the rumors could tarnish his image.