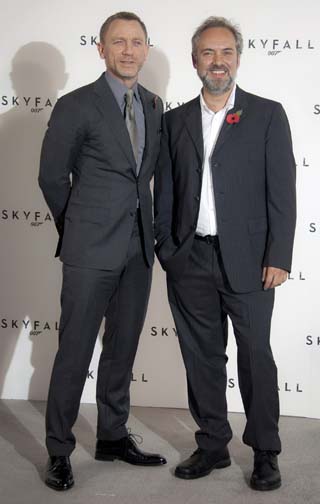 The acclaimed British director of “Skyfall” and “Spectre” said Saturday he will not direct the next installment in the popular spy series that started with Sean Connery’s startling 1962 performance in “Dr. No.”

“It was an incredible adventure, I loved every second of it,” Mendes said of his five years working on the thriller franchise. “But I think it’s time for somebody else.”

Mendes revealed his plans to step down from the series to an audience at the Hay Festival of literature in Wales. A former theatre director whose films include the Oscar-winner “American Beauty” and the somber “Revolutionary Road,” Mendes said he hoped the next Bond director would come from an “unexpected direction,” just as he had.

His first effort, “Skyfall,” was a huge hit with critics and fans alike, with many saying he brought new depth to the characters. “Spectre” was also a substantial success, although some critics said it seemed a bit tired.

Mendes himself indicated a desire to work on something fresh.

“I’m a storyteller. And at the end of the day, I want to make stories with new characters,” he said.

Mendes’ announcement clarifies that he won’t direct the next film, but it’s not yet clear if Daniel Craig will return for a fifth turn as 007.

Tom Hiddleston and Idris Elba are among his rumored replacements. Both are popular with moviegoers, but Mendes said lobbying by fans is pointless because the decision will be made solely by the series’ producer, Barbara Broccoli.

“It’s not a democracy ... Barbara Broccoli decides who is going to be the next Bond, end of story,” he said.

Mendes said that worked out well when Broccoli chose Craig, a little-known actor, for the key role at a time when he had “zero” support from fans. Many fans now consider Craig’s portrayal of the suave spy as having revitalized the Bond series.