Smoke and mirrors on the dock

Smoke and mirrors on the dock 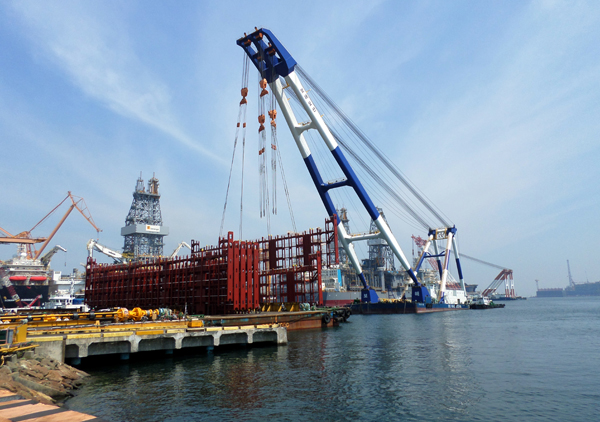 Whenever we read a media report, we have to be careful to see who made the announcement in order to avoid a mistake. The same logic applies for reports about the restructuring of the shipbuilding industry. These days, the media is flooded with reports based on announcements from the Financial Services Commission, Korea Development Bank and the Export-Import Bank of Korea.

There is a trap hidden here.

First, the order in which we found out which companies were healthy or ill, investigated responsibility and came up with financial resources for bailout programs has been mixed up. Why are we seeing the controversy surrounding so-called Korean-style quantitative easing first? The government and state-run banks seem to want to obfuscate responsibility and accountability.

Then, there are the political interests of the Blue House. To see the truth, we have to look into the flow of money and the opinions of other parties involved. Hyundai Heavy Industries said it would take care of its own business, so it doesn’t want any unwanted attention. The company started seeing sales profits in the first quarter and also has 13 trillion won ($11 billion) in internal reserves. By selling its stake in Hyundai Oilbank, it can also acquire more than 5 trillion won in additional cash.

Samsung Heavy Industries also said it just needs minor treatment. “Our condition is different from Daewoo Shipbuilding & Marine Engineering, which lies in the intensive care unit for being brain dead,” it said.

Hyundai and Samsung have stable financial structures and debt ratios, and their cash flows have been positive for the last decade of business. But the government and creditors are pressuring them “to show some effort because you’ve got money.”

In fact, the crisis of the shipbuilding industry is the crisis of Daewoo Shipbuilding & Marine Engineering. The debt-to-equity ratio of the company is 7,300 percent, and its cash flow is in the negative. It means the more it builds a ship, the more its losses will grow.

The government is fearful of a riot on Geoje Island, and state-run banks are fearful their failures will be revealed. The labor unions shamelessly ask why laborers have to suffer when management failed. This is the extreme of moral hazard.

The strangest thing is that both liberal and government-sponsored scholars are making the same argument. They all say Korea needs to maintain the three shipbuilding companies. Liberal scholars defensive of labor unions argue that they oppose restructuring without social safety nets. Why are the economists who act as mouthpieces for the government saying Korea must not repeat the mistakes of Japan?