The Barberettes team up with U.K. musician

The Barberettes team up with U.K. musician 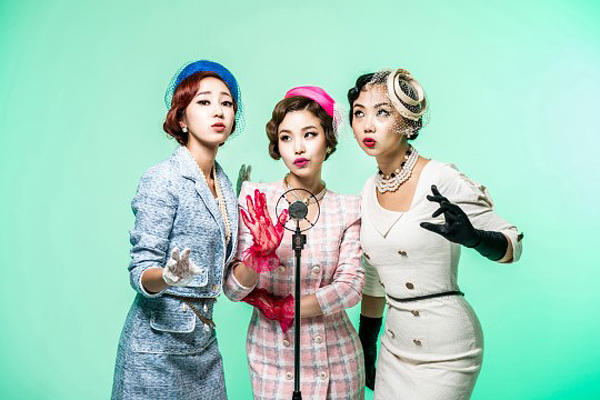 U.K musician Stuart Zender, a co-founder, producer and bass player of British acid jazz band between 1993 and 1998, will reportedly work on the second album of The Barberettes.

“Zender visited The Great Escape 2016 and watched The Barberettes performing in Brighton, England,” Eggplant, the K-pop girl group’s agency, said Monday in a press release, “and he said he was fascinated by the trio and decided to work with The Barberettes.”

The Great Escape is an annual music festival that took place this year from May 19-21. In addition to The Barberettes, the Korean rock band Danpyunsun and the Sailors also performed at the British festival.

Zender joined Jamiroquai in 1993, producing and co-writing the first three albums of the British acid jazz band until his departure in 1998.

The Barberettes debuted in 2012 and differentiate themselves from other K-pop acts with their retro doo-wop sound.

Zender recently uploaded a post to his Facebook account saying, “Had such an amazing time with my new mates The Barberettes. Looking forward to coming out to Korea and making some amazing music.”

The new album from The Barberettes, in which the British musician will participate, is due to come out in July.