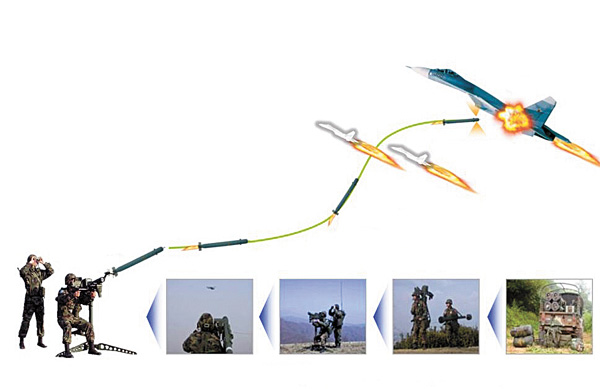 Weapons developer LIG Nex1 said on Monday that its portable ground-to-air missile, now upgraded with a self-developed seeker, has been qualified by the state-run Defense Agency for Technology and Quality.

The acquisition of the government’s qualification has paved way for the company to replace over 45 percent of the import-reliant parts for its existing missile, the “Shingung,” with made-in-Korea parts, raising the percentage of Korean-made parts in the missile from 50 to 95 percent, which is expected to save the company up to 60 billion won ($50.3 million).

The Shingung is a portable short-distance antiaircraft defense missile designed to target low-altitude planes and helicopters. Mass production of the weapon began in 2005, and revenue from its sales stands at around 1 trillion won.

LIG Nex1 says it aims to enter the global market for portable antiaircraft defense weapons, sized at around $2.2 billion, with the upgraded Shingung.

The new LIG-developed seeker for Shingung is an infrared homing device equipped with a cutting-edge detector of main and assistant radar frequencies and a digital signal processor. LIG has slashed the number of parts to simplify the assembly and digitalized signal-related parts that were formerly analog. It took some 15 billion won for about 20 researchers at LIG, working from October 2010 to November 2014, to localize the component.