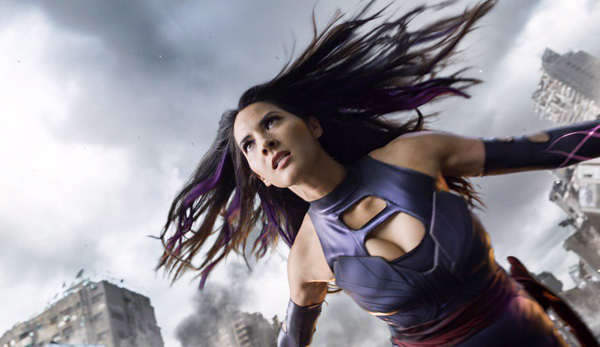 “X-men: Apocalypse,” the seventh installment of the franchise, debuted on top but with mediocre attendance in both the Korean and North American box offices. [20TH CENTURY FOX KOREA]

The seventh installment of the “X-men” series opened on top in both the Korean and North American box offices, but the turnout wasn’t high enough to satisfy the initial expectations of 20th Century Fox for one of its summer tentpole blockbusters.

In Korea, it debuted with 1.2 million moviegoers across 1,258 screens, raking in 13.6 billion won ($11.4 million) over the weekend, according to the Korean Film Council on Monday.

The movie accounted for 51 percent of weekend box-office sales.

However, despite its first-place debut on the last weekend of May, its ticket sales were mediocre compared to rival “Captain America: Civil War” in April, which sold nearly three million tickets during its opening weekend.

In North America, Johnny Depp’s “Alice Through the Looking Glass” bombed over the Memorial Day weekend with just $28.1 million through Sunday in North American theaters, while “X-Men: Apocalypse” debuted on top with an estimated $65 million.

The anticipated showdown of the two big-budget films turned out to be little contest for the latest “X-Men” installment. Both films were lambasted by critics, and neither drew the audiences many expected over the holiday weekend.

The flop of “Alice” made “X-Men: Apocalypse” look comparatively steady. But the seventh “X-Men” installment or a third one in its prequel trilogy opened well below the $90.8 million North America debut of 2014’s “X-Men: Days of Future Past” or the $132.4 million bow of February’s “X-Men” spinoff, “Deadpool.”

The family-friendly video-game adaptation “The Angry Birds Movie” grossed $18.7 million in North America over its second weekend, good enough for third place. “Captain America: Civil War” followed with $15.1 million over its fourth weekend. (It has passed $1.1 billion globally.) And the R-rated comedy “Neighbors: Sorority Rising” came in fifth with $9.1 million in its second week.

In Korea, Na Hong-jin’s “The Wailing” dropped to second place with 633,061 tickets sold at 910 screens nationwide. The thriller’s three-week total now stands at 5.7 million attendees, which translates to 46.1 billion won.

“The Angry Birds Movie” landed in third at the Korean box office with 163,240 tickets sold in its second week.