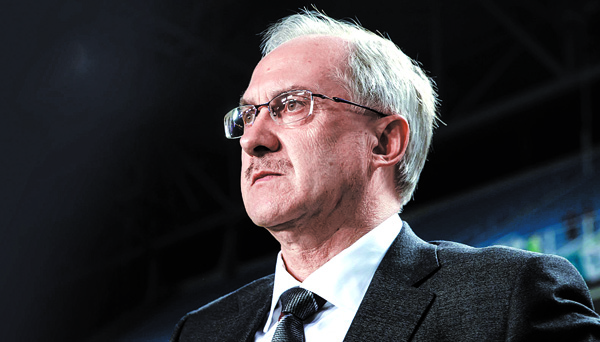 Uli Stielike is heading for what may be one of the biggest challenges of his managing career with South Korea’s national football team.

Today the Taeguk Warriors are taking on Spain, the 2010 World Cup Champions. While it is a friendly game in Salzburg, Austria, the manager and players are taking it very seriously as it could be crucial in the future development of the team. As well, Spain is planning to face South Korea with a full-strength line-up.

Since Stielike became the skipper of the national team in October 2014, the Taeguk Warriors have claimed 20 wins, three losses and three draws. Its winning rate is staggering 77%.

While the report card looks impressive, most of the wins for the past 20 months have come against second-rated Asian teams.

Stielike knows that Korea needs to be challenged more to get to the next level of competition.

And it is for this reason that the German-born manager asked the Korea Football Association (KFA) to set up a friendly match against top-notch European teams.

The KFA responded. For the first time under Stielike’s management, the Korean national team is going against European powerhouses starting today against the “Red Fury” Spain and against the Czech Republic four days later on June 5.

Before the team left from Korea, Stielike described the upcoming matches as invaluable opportunities to see where the Korean team is at in global football. Considering the FIFA rankings, where South Korea is rated 54th while Spain is in No. 6 position, the odds seem to be stacked against Stielike’s. However, the manager says he is determined to walk away with a win, and the players share the sentiment.

Being on the road to Europe for the first time in more than two years, after the 2-0 win over Greece in February 2014, the players’ eagerness to win was apparent as they volunteered to convene at the Paju National Football Center earlier than scheduled.

The friendly match against the Spanish national team kicks off at 11:30 p.m. tonight. 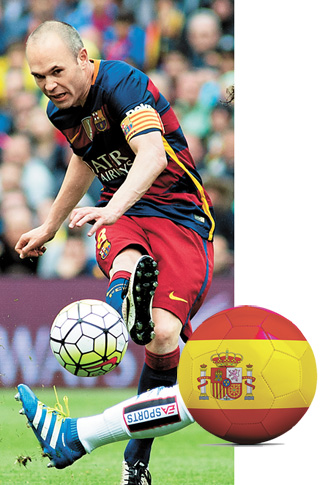 Along with teams such as Brazil and Germany, Spain is a regular when experts select possible contenders to win the World Cup every four years. At the moment, Spain is ranked sixth in the world according to the FIFA Rankings. Since it claimed the nation’s first World Cup trophy in 2010 in South Africa, Spain refuses to step down from the top ranks of global football. It took the UEFA European Championship in 2012, a quadrennial football competition contested by national football teams of the UEFA, and hopes to grab back-to-back title in the European event this year in France. Since its 1-0 loss to the Netherlands on March 31, 2015 in an international friendly, the Spaniards have yet to concede a single game.

The team’s manager Vicente del Bosque, who once represented the Red Fury as a midfielder back in his heyday, has been commanding the team since 2008. Under his supervision, the Spanish team has claimed 82 wins while losing only 14 and tying 10.

Bosque announced the roster for the European Championship 2016 on May 18 and the friendly against Korea today is likely to feature most of the players from the list. For any avid football fans, names such as Iker Casillas, Gerard Pique, Andres Iniesta and Cesc Fabregas are enough to get them hyped in anticipation of the match.

However, some of the Spanish stars who play for Real Madrid and Atletico Madrid will be absent from the match. Sergio Ramos and Dani Carvajal of Real Madrid and Juan Francisco Torres Belen of Atletico Madrid are all coming out of the UEFA Champions League finals and the Royal Spanish Football Federation, Spain’s football governing body, deemed it necessary to have their star players well rested before the 2016 UEFA European Championship.

What makes the Spanish team unpredictable and strong is their style of play, Tiki-taka. Tiki-taka is a style of play in football characterized by short passes and active movement on the field. Players work the ball through various channels and routes. Essentially, the players in the pitch continue to shift around their positions to maintain their ball possession as much as possible. This allows them to be in control of the tempo of the game. Before Stielike left for Europe on Sunday, he said that if Korea cannot get more possession than the Spanish team, it would be difficult to defeat them. Stielike is aware that Spain’s lethal ways in the stadium stem from them taking most possession.

Korea is at a disadvantage against Spain, with one win, one draw and three losses. The most recent match was four years ago when the Spaniards crushed Korea 4-1. 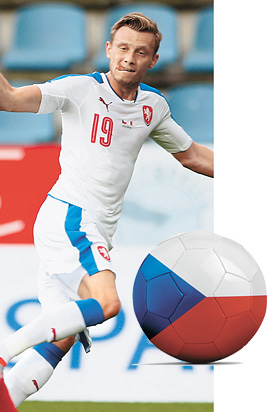 The Czech Republic national football team has existed under different names such as Bohemia, Austria-Hungary, and Czechoslovakia before it made its first appearance in the international football arena under its current name in 1996 at the UEFA European Championship. The team came to sudden prominence in global football after finishing second in the event. Eight years later, the team demonstrated once again that no opponent can look down on them, by claiming third in the 2008 UEFA European Championship. Back then, players such as Jan Koller, Milan Baros, Tomas Rosicky and Pavel Nedved led the Czech national team.

Today’s team, compared to its golden era, is less menacing. Its FIFA Rankings, which once reached second, now remains at 29th. Although it has some notable stars such as Petr Cech of Arsenal, most of key players are now well past their footballing prime. Rosicky, the playmaker for the team, hasn’t played this season for his club, Arsenal, due to injury. Although Rosicky is expected to show up for the 2016 UEFA European Championship in France, it’s questionable whether he will actually step on the pitch.

This does not mean Stilelike and the Korean squad should underestimate the Czech team. During the qualifications, the Czechs defeated European counterparts such as the Netherlands and Turkey and made it into the 2016 tournament as the winner of Group A. Behind the team success stands its manager Pavel Vrba.

Vrba managed FC Viktoria Plzen from 2008 to 2013 and led the team to its glory days. Before Vrba assumed the helm, Viktoria was stuck at the bottom of the Czech First League, finishing ninth in 2007-2008 season. After Vrba came into the picture, the team steadily rose in the rankings until the club finally claimed its first win in history at the Czech First League, the top division of football in the country. From 2010 to 2013, until Vrba left to take over the national team, Viktoria claimed the throne twice. Vrba’s legacy remains as the team remains at the top of the league.

The Czech national team under Vrba boasts a lethal offensive capacity. Although the team is without a world-class striker, the Czechs piled in 19 goals during the 2016 European Championship final qualifiers. Their offensive prowess is why others in Europe consider them the dark horse of the upcoming European tournament.

Korea and the Czech Republic have clashed against each other in four occasions, with the Czech national team taking the lead with one win and three draws. The last time the two met was in 2001 when the Korean squad led by Guus Hiddink experienced a devastating 0-5 loss.