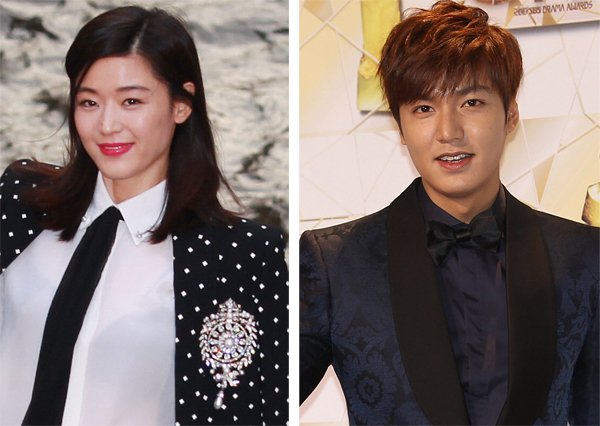 Korean Wave actress Jun Ji-hyun of “My Love from the Star” (2013-14) fame and pan-Asian actor Lee Min-ho of “The Heirs” (2013) will pair up in the upcoming drama series tentatively titled “Legend of the Blue Sea.”

The show will be written by star screenwriter Park Ji-eun, who penned “My Love from the Star,” the biggest hit drama series of 2014.

The drama is reportedly based on a local legend from the Joseon Dynasty (1392-1910). According to the tale, there was a fisherman who caught a number of mermaids but later sent the mermaids back to the sea.

“Park began to write scripts by thinking of Jun and Lee for the two lead characters,” Culture Depot, the production company of the drama series, said Monday in a press release.