Return of the ‘Slippery Eel’

Return of the ‘Slippery Eel’ 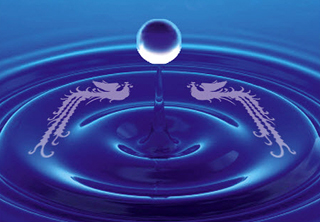 One autumn morning a few years ago, after a new president was elected, I got a call from a reporter. “Did you get the phone call?” he asked with urgency.

My name was reportedly on a shortlist to be chairman of the presidential transition committee. I wanted to avoid the question, but he was stubborn. “If you get the call, will you accept it?” After thinking for about five seconds, I responded, “It is not courteous to make a rejection over the phone, so I will politely take time to consider.”

That afternoon, I got so many calls during a lecture that my phone battery ran out of juice. I was the only one who didn’t know that a false report that I had accepted the job was reported as breaking news.

The media listens to what it wants to hear. The media at the Kwanhun Club meeting in Jeju last week was not interested in the United Nations. Their goal was to sniff out any signs of a Ban Ki-moon presidential candidacy. The UN secretary general had to have been well aware, but for some reason, he dispensed with diplomatic vagueness. “I will do my role as a Korean citizen,” he said. The reporters interpreted that as meaning he would not retire after his service at the UN concludes and will remain active. This was further translated into an announcement of a candidacy. If Ban said two, the reporters cranked it up to five or six, and the headlines hit 10. In such a way, a candidate is born, and he is a big fish.

When Ban finishes his term at the UN and returns to Korea, he has to decide how he should land on the Korean Peninsula. Will he walk out of an aircraft and be welcomed by crowds of supporters, or stealthily arrive and make a surprise appearance at Gwanghwamun Square? It wouldn’t be a bad idea to start from Busan or Yeosu in South Jeolla and travel to Seoul. Since his return will surely be glorious, competitors are fretting. The sleeping dragons of the conservative and liberal parties are anxious that their establishments may collapse.

While they pretend to be nonchalant, they feel extremely frustrated, as the expectations of the voters become a self-fulfilling prophecy around Christmas time. The sands beneath their feet are shifting, and they know it.

Most anxious is People’s Party leader Ahn Cheol-soo. He is the relief pitcher and a kind of Cinderella popular among the middle class.

But Ban’s entry threatens to take away the glass slippers from Ahn and turn him into a maid. Moon Jae-in was slow to respond, and Kim Moo-sung hid his surprise, saying he would wait and see. Seoul Mayor Park Won-soon said UN resolutions prevent a UN head from serving in any governmental position immediately upon retirement.

But People’s Party floor leader Park Jie-won revealed an ambition to have a showdown with Ban, secretly hoping that Ban would not overcome the various challenges of entering politics.

In fact, to get into Korean politics, one must go through harsh training. It is not all welcoming crowds. He must clear an obstacle course and run a pentathlon. Details of his private life will be exposed, including financial transactions, family relationships and real estate deals. The “Slippery Eel,” as Ban was known as a diplomat, must be immune to such challenges. Former President Lee Myung-bak was known as the “Spotted Cow” because his stains did not really show, but an eel is so slippery that paint won’t even stick.

If Donald Trump can become a presidential candidate in the United States, the notion of qualifications for office may be a bit outdated. Korean voters are tired of political strife over childish interests. If Ban’s global perspective can offer new hope, we couldn’t ask for more.

Ban said that from his perspective in New York, he is ashamed to look at Korea’s obsession over local issues. If he can shatter Korean politics with a globalized ax, voters may feel liberated. But is he really up to the task?

Aside from his reputation at the United Nations, Ban is a symbol of internationality in a Korean Peninsula wary of foreign things. Minister Ryu Seong-ryong said in 1592 that solving internal discord with an external perspective was to be wary of the past and a way of preventing future trouble. Ban visited the old residence of Ryu in Hahoe Village to learn about the challenges of today. As a leader of global citizens, Ban could change outdated political practices and remind us of the requirements of a global system. In the small pond of a presidential election, the presence of a bass will make the goldfish bigger.


*The author is a sociology professor of Seoul National University.