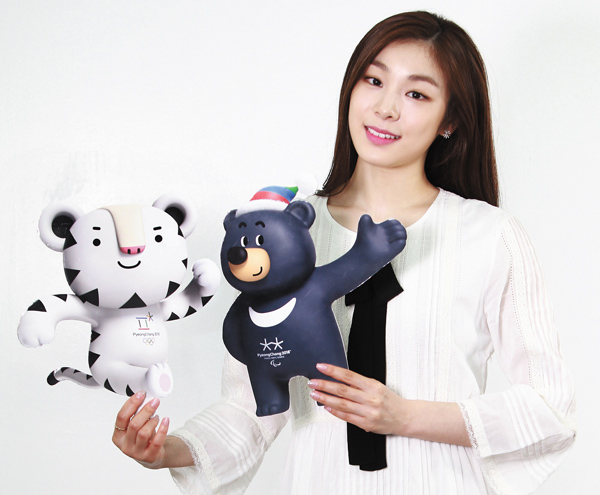 Tigers traditionally represent the shape of the Korean Peninsula, and a white tiger is considered a sacred guardian animal protecting nature.

The color white mirrors the color of snow and ice of winter sports, as well as the color of traditional Korean clothing. The Asiatic black bear is a symbol of Gangwon province, where Pyeongchang County, the venue for the 2018 Winter Games, is located.

“The mascots have been designed to embody the collective will of everyone for the successful hosting of the Olympic and Paralympic Games in 2018,” said Lee Hee-beom, the president of the organizing committee.

The International Olympic Committee welcomed Pocog’s decision, saying the mascots will be popular with people around the world. [PYEONGCHANG ORGANIZING COMMITTEE]