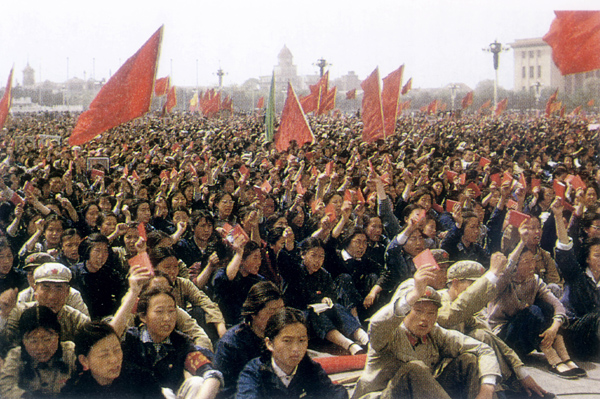 “I am not involved in the museum management any longer. I haven’t visited there for so long that I don’t know what’s going on now. Please don’t ask me.” It was not easy to have a conversation on the phone with an octogenarian man with weak hearing. When I asked if I could meet him if I visited, he euphemistically turned down, “It is not easy for me to move.” I had to give up the interview.

Peng himself was also a victim of the Cultural Revolution. When he was the deputy secretary of the province, he was branded as a follower of capitalism and suffered countless criticism sessions. He had a sense of indebtedness as a survivor, and he used his own assets and donations to build the only Cultural Revolution Museum in China. Along with the exhibitions on the tragedy, he has also erected a memorial monument and tombstones and held memorial services every year.

But due to his health, he recently transferred operation and management to the local government, and the museum lost its original significance. The walls have coverings, and the monument and the entrance are covered with posters promoting “Chinese Dream” and “Key Values of Socialism.” The museum that had been in operation without much trouble for over 10 years has been shut down in the 50th anniversary of the Cultural Revolution.

It is human instinct unwilling to remember the painful past. But some memories cannot be forgotten no matter how hard you try. The Cultural Revolution is such trauma for the Communist Party. Also, it is a collective memory that can never be forgotten. The only way to reduce the pain is to remember the painful past and never to repeat such catastrophe. History records not just the memories of glory but the memories of regrets.

While Peng was reluctant to answer my questions, he made his point when I asked why he established the museum. “I want to contribute to the efforts to learn from the history and not to repeat the tragedy.” In fact, “learning lessons from history” is a phrase Chinese leaders like to use.