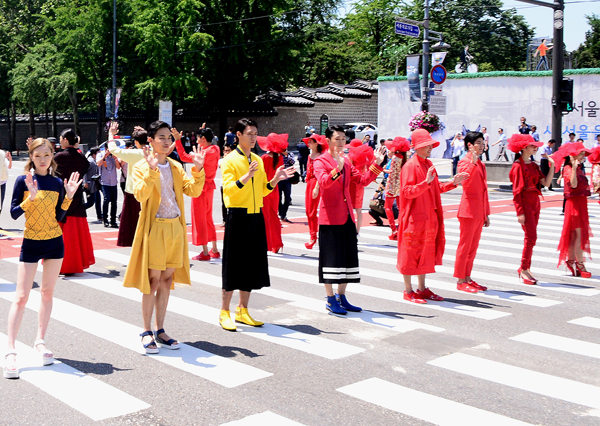 Senior justice of the Bankruptcy Chambers of Seoul Central District Court, Kim Jung-man (second from left) listens to an STX Offshore & Shipbuilding (STX) official during an inspection of STX’s dockyard in South Gyeongsang on Thursday. STX applied for court receivership on May 27. In the process of restructuring, the company laid off nearly 34 percent of its workforce and cut salaries for remaining employees. Industries are speculating about a liquidation of STX, but the court said Tuesday that it will try to revive the company. [NEWSIS]