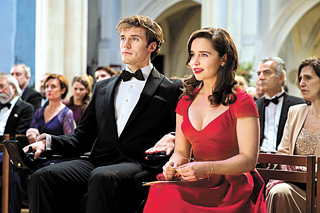 While a patient is preparing for the end of his life, a woman appears. And she has provided the best six months of his life.

Louisa Clark, played by Emilia Clarke, has worked in a cafe for six years, but now she has to search for a new job. Meanwhile, Will Traynor, played by Sam Claflin, who was once a successful businessman, is paralyzed in an accident.

Clark is hired on the spot as a caretaker for Traynor for six months. He seems to regard her as a child with unsophisticated clothing and manners. She sees him as a tiresome and picky person. Their personalities are too different to get along. However, the more they get to know each other, the closer their relationship becomes.

The film is based on the novel of the same name written by Jojo Moyes. The novel has been acclaimed for its intriguing story along with addressing the issue of death with dignity, which has long been a sensitive matter.

Clark’s efforts to enliven the spirit of Traynor and the despair he is struggling with will make moviegoers sentimental.

Wan-ju, played by Park Jong-hwan, earns money by playing the roles that customers request of him. One day, a woman asks him to play the fake role of a witness of an accident in which her alleged son has died.

However, he finds out that his lie has made matters worse. He has to find a way out. He starts to look into the accident to find the real culprit.

The film has been made based on the theme of the Aesop’s Fable of the same name. The boy likes the attention given to him by the townspeople. But later he loses all his sheep due to his constant lies. In a similar context, these endless lies suffocate Wan-ju. He cannot find a way out.

Park was cast by director Kim Jin-hwang without an audition. Kim directly thought of Park for the main character. Kim likes how Park acts like an ordinary human being who shows a wide spectrum of emotions. At the beginning of the film, Wan-ju seems like a negligent character. But after he falls into the abyss, his character dramatically changes and he exhibits a ferocious temper.

The speedy development of the plot will let moviegoers become immersed in the film. 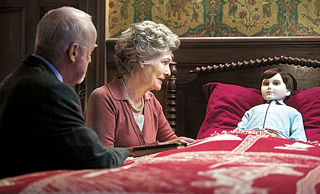 The son is dead, but the doll is alive, and the doll says he will be a nice child.

Greta (Lauren Cohan) decides to go to a remote place to leave her dark past behind. Then she meets an old couple who introduces her to a doll named Brahms that is regarded as their son.

The couple tells Greta to follow a set of 10 mandatory rules and then go away on a trip.

After Greta is alone with the doll, she perceives a change in the surroundings. She is seized by fear.

As slowly she gets to know the truth, she cannot escape the danger she confronts.

There is not much blood in this film but terror pervades every scene. The screenwriter, Stacey Menear, got inspiration from old movies such as “The Innocents” (1961) and “The People Under the Stairs” (1991). He has created a new style of scary movie that can be added to the category of films like the “Child’s Play” series and “Annabelle” (2014).

The tension in the movie is created by the doll’s changing faces according to different angles and its behavior, alongside the setting of a creepy 19th-century mansion.

There are three different episodes in the film that are related to the stories of human beings living on Earth. They are told by a girl who has fallen into a foreign world ruled by machines.

The first episode, named “Fox Valley,” is a Korean traditional horror story. Lee Saeng, played by Lim Seul-ong, is going back to his hometown after a test, but he meets a gang. He hides in an old house where a mysterious woman and old man are living. But Lee does not know that he has wandered into a village that no human can escape alive.

The second episode is “Road Rage.” At midnight, Dong-guen and Su-jin are in a car driving on the highway. As it is the middle of the night, everything is silent. But then, a truck appears that follows their car and threatens their lives. An unstoppable race has begun.

The final episode, “The Ghost Machine,” features the strange relationship between a boy and the robot, Dunko. After the robot is abandoned due to its constant errors, mysterious incidents begin to happen.

The “Horror Stories” series has been loved by moviegoers as the films have combined different genres to tell scary stories. Also, for this film, each episode has a different genre: historical drama, thriller and sci-fi. The episodes, on chronological order, also reflect the past, present and future of Korea. 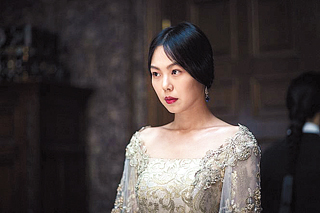 Director Park Chan-wook has released his latest film that was well-received at the Cannes Film Festival. Even though he did not win an award, he is satisfied with how the film has turned out.

The film is based on the novel “Fingersmith” written by Sarah Waters. While the novel is set in the Victorian era, the film is set in Korea in the mid-1930s, during the Japanese colonial era (1910-45).

Lady Hideko, played by Kim Min-hee, has a strange uncle, played by Cho Jin-woong, who has her under strict surveillance. Before this innocent woman, a gentleman appears. He is Count Fujiwara, played by Ha Jung-woo, who plans to make her marry him. He hires the daughter of a thief and disguises her as a maid for the lady.

The maid, Sook-hee, played by Kim Tae-ri, first helps the count, but slowly she turns her back on him.

The mise-en-scene of the film creates dazzling scenes that catch the eyes of the moviegoers. Director Park especially focused on designing the library, because it acts as an essential factor in putting the mysterious puzzles together.

As Ryu Seong-hie, the art director, won the Vulcain Prize for an Artist Technician at the Cannes festival, the glamorous settings will not fail to disappoint viewers from start to finish. 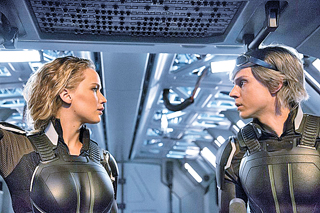 Many famous superhero films that are competing in Korean theaters this year.

Starting with “Batman v Superman: Dawn of Justice” and “Captain America: Civil War,” now the popular “X-Men” series is back after the last installment, “X-Men: Days of Future Past” (2014).

An ancient cyber-mutant named Apocalypse, or En Sabah Nur (Oscar Isaac), has risen from a long sleep in Egypt. He sees the corrupt civilization and gathers the Four Horsemen so they can rebuild the world.

Professor X, or Charles Xavier (James McAvoy), and his comrades must fight the evil forces in order to save the world. Xavier wants the peaceful world where both mutants and humans can live together.

Thus, he and Mystique, or Raven Darkholme (Jennifer Lawrence), form the X-Men.

In this film, once again, the character of Quicksilver (Evan Peters) is outstanding. Director Bryan Singer noted that it took a month and a half to film his scene.

The action scenes and intricate costumes for each character stand out especially, showing that “Apocalypse” has been a long time in the making.