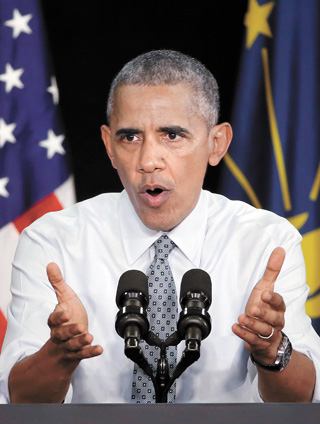 The United States on Wednesday designated North Korea a “primary money laundering concern,” its newest way of freezing it out of the international financial system to curb its nuclear and missile programs.

South Korea quickly lauded the move, predicting it will have a more “far-reaching effect” than previous financial sanctions.

Adam J. Szubin, the acting undersecretary for terrorism and financial intelligence, pointed out in a statement that the North Korean regime “is notoriously deceitful in its financial transactions in order to continue its illicit weapons programs and other destabilizing activities.”

The top sanctions official said, “Today’s action is a further step toward severing banking relationships with North Korea, and we expect all governments and financial authorities to do likewise,” in accordance with the newest UN Security Council resolution on Pyongyang.

“It is essential that we all take action to prevent the regime from abusing financial institutions around the world - through their own accounts or other means,” Szubin said.

The designation of North Korea as a primary money laundering concern - in accordance with the U.S. Patriot Act - comes amid efforts by the Barack Obama administration, along with the international community, to cut off financing of Pyongyang’s weapons of mass destruction program.

It is expected to cut off remittances to Pyongyang by some 60,000 North Korean workers overseas, further choking the isolationist regime of foreign currency.

The U.S. Treasury Department was required to assess North Korea’s status as a money laundering jurisdiction in accordance with the North Korea Sanctions and Policy Enhancement Act, passed by the U.S. Congress and signed by President Obama in February.

A May 27 notice of finding by the Financial Crimes Enforcement Network to the U.S. Treasury assessed that “North Korea continues to advance its nuclear and ballistic missile programs in violation of international treaties, international censure and sanctions measures, and U.S. law.”

This is made possible, the report said, through the use of “aliases, agents, foreign individuals in multiple jurisdictions, and a long-standing network of front companies and North Korean embassy personnel which support illicit activities through banking, bulk cash, and trade.”

It added that “front company transactions originating in foreign-based banks have been processed through correspondent bank accounts in the United States and Europe” and concluded that such deceptive practices have allowed millions of U.S. dollars of North Korean illicit activity to flow through American correspondent accounts.

Washington’s commitment to pressuring North Korea was praised by the South Korean Ministry of Foreign Affairs in a statement on Thursday.

The ministry predicted that the new designation will have greater impact than the Banco Delta Asia (BDA) sanctions, referring to Washington’s blacklisting of the Macao-based family-owned bank for its role in laundering money for North Korea over a decade ago.

In September 2005, the U.S. Treasury Department used a similar tactic by freezing some $24 million in North Korean assets in BDA for its role in facilitating the criminal activities of North Korean agencies, as part of efforts to dry up resources for Pyongyang’s nuclear arms development. The Treasury also relied then on the Patriot Act to rule that the bank was a “primary money laundering concern,” which scared away other financial institutions from dealing with Pyongyang to avoiding blacklisting, restricting then-North Korean leader Kim Jong-il’s ability to pay his generals.

“By designating North Korea itself this time, it has an impact of designating all North Korean banks as a ‘primary money laundering concern,’” the Foreign Ministry said, “and we expect that this will have a more far-reaching effect compared to the BDA-style sanction that designated just a single bank.”

The announcement comes ahead of strategic bilateral talks on economic and security issues between the United States and China, as U.S. State Secretary John Kerry and Treasury Secretary Jacob Lew head to Beijing next week.

The U.S. Treasury policy is expected to have an impact especially on Chinese banks involved with Pyongyang’s financial transactions.