Uniting the Koreas is possible

Uniting the Koreas is possible 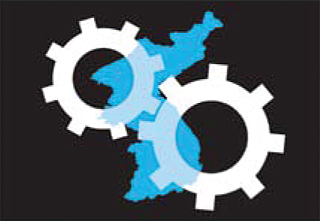 I was asked if gradual unification was possible for the two Koreas. The answer is yes and no. Unification is possible, though more challenging than the industrialization and democratization the South has worked for and achieved.

But the process won’t be easy in a gradual phase. We won’t be able to handle the variants during the incremental stage, and North Korea as well as various foreign power issues will be too unpredictable and complex. But still, there is a way.

Under an incremental scenario, the two Koreas would first unite their differing economies and then politically become one. The basic unification guideline Seoul established in 1994 also envisions step-by-step unification through reconciliation and cooperation in the first phase, establishment of an inter-Korean union in the second and a full-fledged union in the third.

The vision, however, did not account for major variants — North Korea’s denuclearization and a shift to capitalism. At the time of the manifesto’s birth in 1994, North Korea’s nuclear problem was at a fledging stage, and the Eastern European bloc was shifting to a free-market system. It is unrealistic to imagine we could form a united entity with North Korea pursuing nuclear weapons programs and clinging to a socialist economy.

It is naïve and wishful thinking that the Sunshine Policy and continued economic exchanges will eventually make North Korea surrender nuclear weapons and its socialist system. Nor is the idea of promising handsome economic returns if it does what the South wants feasible. North Korea has already nearly perfected its nuclear weapons program, and it has become too late to separate nuclear and North Korean issues. The so-called trust process envisioned by President Park Geun-hye was equally naïve and too refined for the unruly taste of the current Pyongyang leadership.

Some think a fast unification by triggering an implosion in North Korea would be a better idea. The theory has gained further ground after North Korea implemented its fourth nuclear test in January. But regardless of the idea’s probability, most people in the South support the idea of a gradual unification.

In a Google search, keywords for gradual unification outnumbered that of hasty ones 64 to 36 percent. People fear the economic costs and possible chaotic confusion if the two Koreas are hastily unified. The idea of keeping the two Koreas separate states even after a collapse of the North is also out of the question.

For now, we must concentrate on enforcing sanctions on North Korea for its weapons provocations, and at the same time redesign a framework and strategy on North Korea. The outline then must be pursued without interruption. It must work effectively in the short term, be sustainable in the longer run and ultimately aim to create one Korea.

To make such a framework, both Koreas must agree to it. Economic exchanges should be made the tipping point. Instead of merely carrying out venture plans, they must be designed and ensured to bring about meaningful changes in the North Korean regime.

There is enough room to believe that a new mechanism on North Korea could work. Unlike in the 1990s, the North Korean economy entirely hinges on private markets and is relying more and more on external trade. If its leader Kim Jong-un attempts to clamp down on market activities on which North Korean residents — both the elite and working class — entirely depend for their living and income, he would bring about ruin for his own regime and economy.

If a stock market is created in North Korea, the state cannot carry out a nuclear test. If the two Koreas and neighboring countries are economically interactive, North Korean business workers won’t tolerate military provocations that can risk their money. Beijing authorities will get more actively involved to tame Pyongyang in its military ambitions if China has more interests in North Korea.

We cannot imagine a stock market in North Korea in the near future, but that should be one of the goals. Economic activities can ultimately safeguard peace. A North Korea policy should not aim to try to change the North Korean ruler, but the environment he is in. The best scenario for unification is to make North Korea comply with commitments, develop and eventually unify the two economies. It may be the most difficult challenge in history.

Our North Korea policy was entirely shaped by the character of the leader, by popular demand and by Cold War ideology instead of being based on a cool-headed study and judgment on North Korea and unification. A visionary leader with the will to pursue a plan with resolve and consistency must arise to muster social capabilities and carve out a new path for gradual unification.

So let me ask you this time: Do you have a better idea?