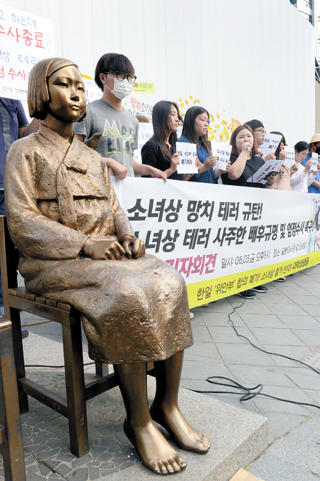 A group of college students on Friday urge the police to conduct a thorough investigation of a 33-year-old woman who struck a hammer several times on the head part of a statue of a girl symbolizing the so-called comfort women. Police arrested the woman on the spot where the statue stands in front of the Japanese Embassy in central Seoul. Police suspect the woman suffers from schizophrenia. [NEWSIS]