End the obsession with medals

End the obsession with medals 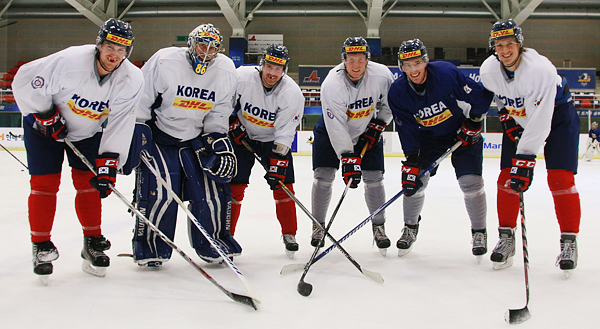 For the 2012 London Olympics, Azerbaijan sent about 50 athletes, and more than half of them were naturalized citizens with foreign backgrounds. The emerging Central Asian oil producer wanted to win medals by taking advantage of “mercenaries.” There were controversies over their Olympic efforts. It was exposed that two Bulgarian weight lifters were brought in, and over $500,000 was paid to Bulgaria.

Kazakhstan and Middle Eastern countries have scouted foreign athletes to compete for their countries as well. The host country, the United Kingdom, was also criticized for allowing the naturalization of nine foreigners right before the opening of the Olympics.

Lately, a number of foreign athletes have been granted special naturalization for the 2018 PyeongChang Winter Olympics. In March, four ice hockey and biathlon players from Canada and Russia were naturalized, and nine foreign athletes will be competing for Korea. On June 1, the Korean Olympic Committee decided to apply for the special naturalization of German luger Aileen Frisch.

It is not an issue if they have justifiable reasons for naturalization, such as studying in Korea, marrying a Korean national or loving Korea so much that they want to live there forever. But it becomes an issue if it is an outcome of their personal ambition to compete in the Olympics coinciding with the interest of national sports authorities to win more medals.

Is it justifiable to have them represent Korea in the Olympic Games if they can leave the country any time? The United Kingdom is a country of diverse racial and ethnic backgrounds, but there was still severe criticism of the naturalized athletes.

The concern is even more serious in Korea, a country of traditionally homogenous ethnicity. In team sports like ice hockey, it may be reasonable to recruit foreign players to supplement the team’s weaknesses. But lately, players with no association with Korea are recruited for individual sports. Will Koreans feel moved to see a blue-eyed athlete who doesn’t speak a word of Korean win a gold medal?

The scheme cannot be justified just because other countries also do it.

Korea won no medals in the Rome Olympics in 1960, but the country’s athletic competitiveness improved over time and Korea finished in fifth place at the 2012 Olympics. What we need to pay attention to today is the declining physical caliber and fitness of young Koreans.

According to a Ministry of Culture, Sports and Tourism survey in January, records set by Koreans in their 20s declined in nearly all events — sprint, sit-ups and long jump — compared to in 2013.

The founder of the modern Olympic Games, Pierre de Coubertin, said, “The essential thing in life is not conquering but fighting well.” Now, we no longer live in a time where the number of medals is a yardstick for national strength and pride.