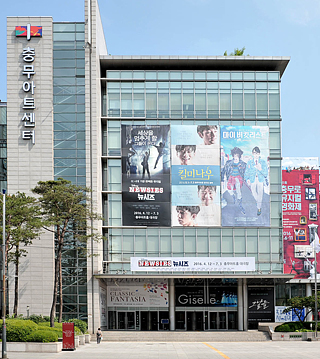 The change in the name implies a major shift in its objectives and an expansion of its function, according to Kim Seung-eop, the CEO of the center.Kim took office in January, and his tenure lasts three years.

According to Kim, the arts center will adopt a new strategy of creating new cultural content and reaching out to citizens. Also called the “CAC Strategy,” it aims to build a stronger foundation for the center from which to approach citizens as well as to become more financially stable.

“The Chungmu Arts Center will become a more citizen-friendly place so that it can bridge the citizens and the arts,” Kim said at a press conference earlier this month.

As the first part of the strategy, the center plans to create new cultural content. The center has decided to emphasize the genre of musicals, based on the previous success of its first creative musical, “Frankenstein.” 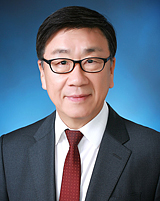 In 2014, it showcased the large-scale creative musical produced by center staff for the first time since its establishment. “Frankenstein” enjoyed unprecedented success for a Korean creative musical, winning nine prizes at the 2014 The Musical Awards and attracting 240,000 theatergoers.

Following that positive experience, the center is planning to stage its second creative musical, “Ben Hur,” next year.

But large-scale musicals are not the only genre that the center will focus on. It will continue developing new musical repertoires by opening its small-size stage, Blue, to young creators at low prices. It also plans to collaborate with domestic musical production companies to incubate smaller musical repertoires.

The center has plans to improve its facilities, including the bathrooms and parking lots, and adopt an improved service system. Convenience facilities such as a cafe will be built as well.

The center also intends to interact with citizens by developing citizen-friendly cultural events in the style of “Jeong-dong Culture Night,” which kicked off last year and was co-organized by the Jung District Office. The evening program allows people to enjoy musical performances and visit various cultural spots that were built during Korea’s era of modernization, which are located in Jeong-dong.

Overall, the center seeks to increase its creative offerings and enhance its services so that more citizens can visit and enjoy the center.