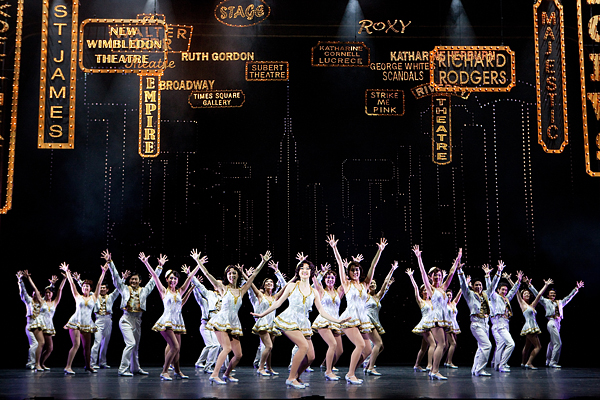 “42nd Street” is a musical about show business, where actors and actresses have to do their best to reach stardom. The exciting musical numbers and tap dance sequences capture both the eyes and ears of theatergoers. See THEATER, below. [JOONGANG ILBO]

June 23 to Aug. 28: This eye-catching and glamorous musical is full of tap dancing that amuses both the eyes and ears at every moment.

This summer’s staging marks 20 years since the musical’s launch in Korea, with updated dance sequences and additional scenes.

To June 12: This musical is about the life of a dancer, Mata Hari, at the Moulin Rouge in Paris. Based on the story of a real person who was killed by the French government during World War I for being a German spy, the musical tells the tale of Mata Hari’s devoted yet tragic love for a German colonel.

Featuring Ock Joo-hyun, a musical actress who was once a member of the K-pop girl group Fin.K.L and Kim So-hyang playing the lead role.

To July 24: The musical features the life of American poet and writer Edgar Allan Poe. “The Black Cat,” “The Fall of the House of Usher” and “The Raven” are among his representative works.

Poe had a gloomy and lonely childhood, after his parents died when he was three, though his literary talent allowed him to make a name for himself. He marries Virginia, but she soon dies, meanwhile, his rival Griswold tries to ruin his reputation out of jealousy.

Lee has also performed on Broadway and starred in “Jesus Christ Superstar.” 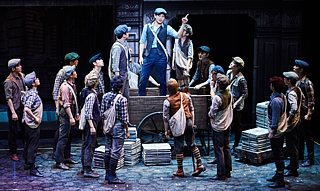 To July 3: This hit musical is having its Asian premiere with a Korean cast. It is based on the newsboys strike of 1899, where young news boys protested against Joseph Pulitzer for better work conditions in late 19th-century New York.

The musical debuted on Broadway in 2012 and is especially known for its energetic performances and dance numbers, including tap dance, acrobatic dance and ballet.

June 21 to Oct. 3: People in Korea often go to see horror movies to escape the hot weather, but how about trying musical theater this summer instead? This musical tells the story of barber Sweeney Todd, who is out to get revenge on Judge Turpin after being put in jail for a crime he didn’t commit. He comes back with a new identity and begins carrying out his plot with the help of Mrs. Lovett.

June 22 to July 3: Choreographer Matthew Bourne is back with his ground-breaking dance musical “Sleeping Beauty.” Composed by Tchaikovsky and originally a classical ballet piece, it is one of his most famous works, along with “The Nutcracker” and “Swan Lake.”

Bourne reinterprets classical ballet pieces - for example, he surprised the audience with muscular male dancers as swans, contradicting the image of classical ballet. For this piece, he mixes in a vampire story and makes Princess Aurora proactive and vigorous, unlike in the original story.

July 12 to Aug. 28: The blockbuster Broadway musical “Wicked” is coming to Korea with an exciting cast for ardent theatergoers. Cha Ji-yeon and Park Hye-na will play Elphaba and Jung Sun-ah and Ivy will play Glinda. The four divas will be sure to make the show extra special.

The musical gained a strong following after its premiere in Korea in 2012, and its run for 11 months in 2013. This year, the musical is also going to Daegu for five weeks.

The upcoming show will star Ryu Jung-han, Um Ki-joon and musical actor Kai as Daniel, one of the lead roles.