Green is big business in the post-Oxy era

Green is big business in the post-Oxy era 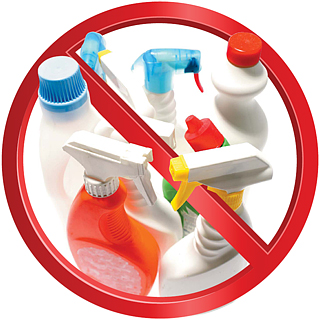 Kim Mi-ae, the mother of a 36-month-old boy living in Mapo District, western Seoul, has been a “no poo” person for a year and a half.

“I was stressed out because my hair was getting thinner. I was looking for an alternative to shampoo. I tried hard to find one that doesn’t contain chemicals but couldn’t and decided to live without it since then.”

No-poo is a method practiced by people who wash their hair only with water.

The first three months without shampoo was awful, according to Kim.

“I couldn’t even use a towel because my hair was way too oily. Shampoo and conditioner did the job for my scalp and hair for a long time and it naturally took a while for my hair to regain its cleansing ability.”

Around the time Kim saw improvements in her hair, she began to refrain from using other everyday chemicals such as cosmetics, dish soap, laundry detergent and fabric deodorizer.

Now, in addition to being no poo, she’s also mostly “no-chemi” - someone who rarely uses any household products with artificial chemicals.

“I sometimes use wet tissues when I go out with my boy and there is no tap water around or I use a tiny dose of dish soap when the plate is still greasy after many washes,” Kim said.

But she recently considered stopping using all chemicals after the Oxy scandal, in which humidifier sterilizers killed more than 140 people, the majority of which were infants.

The scandal has made people like Kim go to extreme measures, but it has also pushed ordinary consumers towards more environmentally friendly products.

Lee Eun-jeong, a 37-year-old working mother of two living in Songpa District, southeastern Seoul, says she is more conscious about what she grabs from the shelves.

“I didn’t really care about such things before the Oxy scandal but now I try to buy things which have, at least, green or environmental-friendly marks or phrases on packages whatever they are,” Lee said.

Lotte Mart, one of the country’s big-box chain stores, put out a press release earlier this month saying sales of bleach went down 21 percent in May compared to a year ago while sales of baking soda, critic acid, carbonate peroxyhydrate and other products containing more natural ingredients soared 17 percent during the same period.

Baking soda, critic acid, carbonate peroxyhydrate are often considered the three must-have natural alternatives to everyday chemicals and are widely used in many different kinds of cleaning or washing.

Wet wipe manufacturers are also seeing growing sales of “dry tissues” because wet ones contain chemicals and preservatives to keep the tissues moist for long periods of time.

Kim San-beom, who works on the public relations team at Mother K, a local producer of baby necessities like breast milk storage bags and nursing bottles, said, “We see more search results related to dry tissues because of the Oxy scandal.”

Dry tissues are packaged like wet wipes but require consumers to add their own sterilized water to avoid the need for preservatives.

Seo Dong-il, a professor of environmental engineering at Chungnam National University, criticized local manufacturers who promote their products as green.

“Even if a bottle of dishwashing liquid includes rice extract or organic green tea extract, its main ingredients are surface active agents - and these fundamentally cannot be earth-friendly,” said Seo. “But the manufacturers deceive consumers by emphasizing their natural ingredients. Not only dish soaps but other chemical makers exactly do the same to sell their products.”

A dish soap containing less than 0.1 percent of organic green tea is labeled as natural or organic under the currently lax regulations.

The Korea Environmental Industry and Technology Institute, a quasi-government organization affiliated with the Ministry of Environment, admits that there are many of these “greenwashed” products on market shelves.

The institute is in charge of making sure products are appropriately labeled in accordance with their ingredients.

“We watch over such products but it is impossible to monitor all of them because there are too many products out there,” said Lim Jin-seon, a researcher at the institute’s environmental health and safety department.

“So we try to educate consumers and manufacturers, too,” she added.

Even if a greenwashed product is caught by the institute, manufacturers face only a maximum 3 million won ($2,529) in fines, according to the institute.

According to a 2010 survey by the Korea Environmental Industry and Technology Institute, 39.6 percent of survey participants had purchased environmentally friendly products , but that spiked to 56 percent in 2012. That same year, the Korea Consumer Agency said 46 percent of goods labeled as green exaggerated their natural ingredients or contained misinformation.

The Environment Ministry and the Korea Environmental Industry and Technology Institute said in a joint press release in June 2013 that they would take measures to root out greenwashed products, but no major improvements have been made and the shelves are still flooded with them.

Humidifier sterilizers were one of such products, too. Manufacturers advertised that their main ingredients were derived from nature or that they do no harm to people. Consumers who believed such advertisements paid for bottles of humidifier sterilizer without knowing it could cause lung illnesses or take the life of their loved ones.

Leem Jong-han, a professor of environmental medicine at Inha University said people today are unavoidably exposed to hundreds and thousands of chemicals every minute.

He interviewed victims and their families when the Oxy scandal first broke years ago to understand how the humidifier sterilizers had affected the many people who used them.

“It’s not only happening in Korea - it’s a worldwide thing,” he said. “But the difference is, European countries try to impose responsibility on chemical manufacturers and understand the chemicals used in everyday products by registering all of them. They also share the toxicity of chemicals through databases so that consumers can look them up.”

Without reliable sources on chemicals, however, Korean consumers are forced to navigate a complicated sea of information.

“I resort to websites like Skin Deep in which I can type in the name of cosmetics I use and it shows me how safe it is,” said Kim Ki-hyun, a mother of two sons living in Pangyo, Gyeonggi. She tries to buy organic and green products, although they are pricier than ordinary ones.

“I buy things from overseas websites and verified local green product seller such as Hansalim. Some people may think I’m picky but I can’t trust local products.”

Kwon Su-jeong, a woman in her 30s living in Eungnam-dong, northern Seoul, is a no-chemi who makes her own everyday products, such as cosmetics, bar soaps, shampoo, conditioner and room spray.

“Looking at cosmetics that stay the same even after being open for five years, I highly doubt that they could contain healthy ingredients. I’m enraged by the Oxy scandal but what bothers me more are companies that are making a killing on ‘green’ products that are not green at all. I think this has to be changed first.”