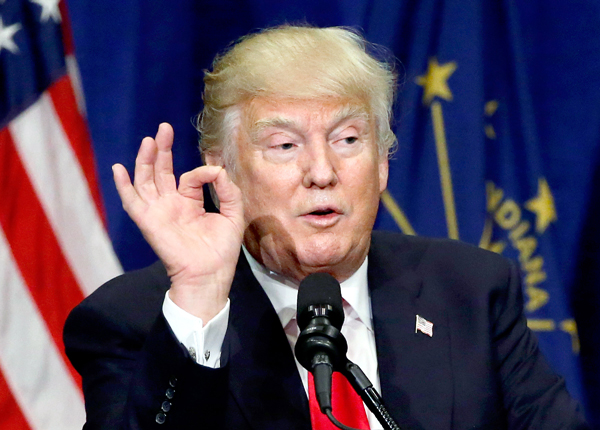 NEW YORK — Are we seeing a new dawn of fascism? Many people are beginning to think so. Donald Trump has been compared to a fascist, as has Vladimir Putin and a variety of demagogues and right-wing loudmouths in Europe.

The problem with terms like “fascism” or “Nazi” is that so many ignorant people have used them so often, in so many situations, that they have long ago lost any real significance. Few still know firsthand what fascism actually meant. It has become a catch-all phrase for people or ideas we don’t like.

Loose rhetoric has coarsened not only political debate, but historical memory, too. When a Republican politician compares U.S. property taxes with the Holocaust, as one Senate candidate did in 2014, the mass murder of Jews is trivialized to the extent of becoming meaningless. The same is roughly true when Trump is compared to Hitler or Mussolini.

As a result, we are too easily distracted from the real dangers of modern demagoguery. After all, it is not hard for Trump to refute accusations of being fascists or Nazis. They may be repulsive, but they are not organizing uniformed storm troopers, building concentration camps, or calling for the corporate state. Putin comes closest, but even he is not Hitler.

Of course, forgetfulness or ignorance about the past goes both ways. When a young Dutch writer, sympathetic to the new populist wave, expressed antipathy to his country’s “cultural elite,” for promoting “atonal music” and other arrogant forms of ugliness, instead of the wholesome beauty embraced by the common man, I wondered whether he knew about the Nazis’ attack on “degenerate art”? Atonal music, hardly the cutting edge today, was precisely the kind of thing that Hitler’s minions loathed — and ultimately banned.

It is clear that today’s demagogues don’t much care about what they derisively call “political correctness.” It is less clear whether they have enough historical sense to know that they are poking a monster that post-World War II generations hoped was dead but that we now know only lay dormant, until obliviousness to the past could enable it to be reawakened.

This is not to say that everything the populists say is untrue. Hitler, too, was right to grasp that mass unemployment was a problem in Germany. Many of the agitators’ bugbears are indeed worthy of criticism: the European Union’s opacity, the duplicitousness and greed of Wall Street bankers, the reluctance to tackle problems caused by mass immigration, lack of concern for those hurt by economic globalization.

These are all problems that mainstream political parties have been unwilling or unable to solve. But when today’s populists start blaming “the elites,” whoever they may be, and unpopular ethnic or religious minorities, for these difficulties, they sound uncomfortably close to the enemies of liberal democracy in the 1930s.

The true mark of the illiberal demagogue is talk of “betrayal.” The cosmopolitan elites have stabbed “us” in the back; we are facing an abyss; our culture is being undermined by aliens; our nation can become great again once we eliminate the traitors, shut down their voices in the media, and unite the “silent majority” to revive the healthy national organism. Politicians and their boosters who express themselves in this manner may not be fascists; but they certainly talk like them.

The fascists and Nazis of the 1930s did not come from nowhere. Their ideas were hardly original. For many years, intellectuals, activists, journalists and clerics had articulated hateful ideas that laid the groundwork for Mussolini, Hitler and their imitators in other countries. Some were Catholic reactionaries who detested secularism and individual rights. Some were obsessed with the supposed global domination of Jews. Some were romantics in search of an essential racial or national spirit.

Most modern demagogues may be only vaguely aware of these precedents, if they know of them at all. In Central European countries like Hungary, or indeed in France, they may actually understand the links quite well, and some of today’s far-right politicians are not shy about being openly anti-Semitic. In most Western European countries, however, such agitators use their professed admiration for Israel as a kind of alibi, and direct their racism at Muslims.

Words and ideas have consequences. Today’s populist leaders should not yet be compared to murderous dictators of the fairly recent past. But, by exploiting the same popular sentiments, they are contributing to a poisonous climate, which could bring political violence into the mainstream once again.


*The author is a professor of democracy, human rights and journalism at Bard College, and the author of “Year Zero: A History of 1945.”