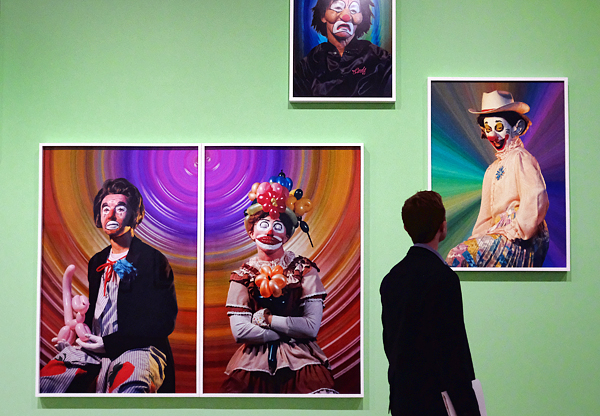 A visitor appears at a press preview of an exhibition of artist Cindy Sherman called “Cindy Sherman: Imitation of Life” at The Broad Museum in Los Angeles on Wednesday.

The exhibition opens on Saturday and will feature more than 120 works. It is the first major museum show of Sherman’s work in Los Angeles in nearly 20 years, according to the museum.

“Most well-known for photographs that feature the artist as her own model playing out media-influenced female stereotypes in a range of personas, environments, and guises, Sherman shoots alone in her studio, serving as director, photographer, make-up artist, hairstylist, and subject,” the museum website explains. “Her decades-long performative practice has produced many of contemporary art’s most iconic and influential images.”

The exhibition was organized by guest curator Philipp Kaiser.