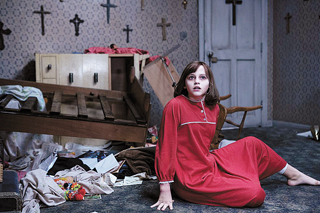 The sequel of the 2013 horror film “The Conjuring” is finally being released to help moviegoers cool down this summer.

Again, the second installment is loosely based on a real story.

Now the backdrop has moved to Enfield, England. In 1977, Peggy Hodgson (Frances O’Connor) and her four kids are living in a haunted house, where they start to hear mysterious sounds, evoking a horrible atmosphere. It is a poltergeist that creates all kinds of nerve-wracking sounds, such as demonic voices and knocking on the walls. It even harasses the children.

Thus, the mother calls on Ed and Lorraine Warren (Patrick Wilson and Vera Farmiga) for help.

As paranormal investigators, who also helped the family of the first series, they are going to figure out what’s going on. However, this time, it is not easy for them.

Wan has said this film is based on the most horrific case from the Warrens’ accumulated documents about mysterious incidents. Moviegoers are recommended not to see this film alone.

Two civilizations are coexisting in one world. Will they cooperate to make peace or create conflict?

The humans and the orcs live in different spheres in the universe, but the home of the orcs, Draenor, is deteriorating, so they have to find a new place to live. They have chosen Azeroth, the home world of the humans.

On the one hand, they both know that collaboration and alliance are necessary, but on the other hand there is opposition on both sides. These two opposing opinions aggravate the situation. Moreover, Gul’dan (Daniel Wu), the powerful orc that can use evil magic, called fel magic, cannot be ignored in this snowballing situation.

“Warcraft” is based on the video game series, which has been widely popular for a long time. The film features the initial stage of conflict between the two groups.

The film has taken more time than expected to be released on the big screen, so anticipation is mounting among fans. Fortunately, director Duncan Jones is known to be a big fan of the game series and fantasy blockbuster movies. Thus, the film is expected to include intense action scenes that will satisfy excited moviegoers. 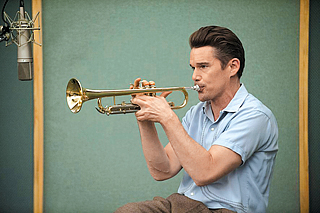 The film is largely based on the life of Chet Baker (1929-88) with a hint of fiction added. He was a famous American jazz musician in the 1950s and ‘60s. The film especially focuses on the ‘60s, which include both the zenith of his career and the downfall. The strong will of Baker to restart his career will touch the hearts of the moviegoers.

The film adds fictional character Jane Azuka (Carmen Ejogo), an actress and the lover of Baker, played by Ethan Hawke. Due to an accident, he can hardly play the trumpet, playing even worse than a novice, but still he aspires to perform for audiences. How will he be able to overcome this hardship?

Also, the jazz music is an added delight to the ears of moviegoers. Especially Baker’s well-known songs such as “My Funny Valentine,” “I’ve Never Been in Love Before” and “Over the Rainbow” heighten the sentimental mood.

Moreover, Hawke has put great effort in vocal practice and trumpet lessons in order to resemble the character as much as possible. He has been acclaimed for his delicate portrayal of emotion through many hit films: “Dead Poets Society” (1989), the “Before” series and “Boyhood” (2014).

The omnibus film consists of three episodes that all converge into one central theme: the issue of human rights. Today’s society is still struggling with the infringement of civil rights. Here, three filmmakers describe different cases of human relationships in diverse ranges of gender, age and social status.

The National Human Rights Commission of Korea participated in producing the “If You Were Me” series since 2003. Including the latest film, a total of 13 series have been brought to the screen in order to raise awareness of human rights issues.

The first episode is “We Have the Right to Eat Tteokbokki.” Tteokbokki (rice cakes in red chili sauce) is a widely popular food in Korea. In particular, as shown in this film, high school girls love to eat it after school. However, the school prevents the students from going out the school gate in order for the students to improve their grades. They fall into despair.

The second episode is titled “People of Megalomina.” Woo-min (Kim Dong-wan) has delusions that someone is watching him. But really it turns out he is under surveillance. How will he find a way out?

The final episode, “Soju and Ice Cream,” is about Se-ah, an insurance saleswoman. She goes to an unfamiliar town to meet her sister. When she is wandering around, an old woman asks her to buy an ice cream for her. Then, a strange relationship begins. 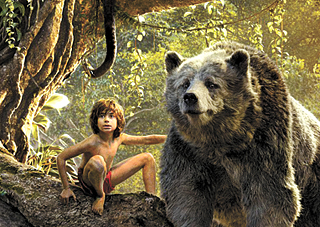 The director of “Iron Man” (2008), Jon Favreau, has revived one of the most famous Disney stories, “The Jungle Book,” with the “Pirates of Caribbean” production crew.

After Disney released “Zootpia” and “Captain America: Civil War” this with significant success, especially in Korea, “The Jungle Book” follows amid high expectations from the public.

Walt Disney Studios produced the animated feature film “Jungle Book” in 1967 based on the novel by Rudyard Kipling, and this time the studio is bringing the timeless adventure story to a live action film with computer-generated imagery.

A man cub, Mowgli, played by Neel Sethi, is raised by a wolf pack, but he has to leave the jungle because of the threat of Bengal tiger Shere Khan. Therefore, Mowgli starts a journey with his black panther guardian Bagheera and bear Baloo.

The film features stunning, lifelike visual of animals and nature that will satisfy even the most skeptical fans of the original.

Every vivid scene is breathtaking, and the film even maintains several of the original soundtrack songs from the 1967 version. 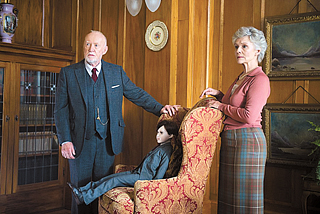 The son is dead, but the doll is alive, and the doll says he will be a nice child.

Greta (Lauren Cohan) decides to go to a remote place to leave her dark past behind. Then she meets an old couple who introduces her to a doll named Brahms that is regarded as their son.

The couple tells Greta to follow a set of 10 mandatory rules and then go away on a trip.

After Greta is alone with the doll, she perceives a change in the surroundings. She is seized by fear.

As slowly she gets to know the truth, she cannot escape the danger she confronts.

There is not much blood in this film but terror pervades every scene.

The screenwriter, Stacey Menear, got inspiration from old movies such as “The Innocents” (1961) and “The People Under the Stairs” (1991). He has created a new style of scary movie that can be added to the category of films like the “Child’s Play” series and “Annabelle” (2014).

The tension in the movie is created by the doll’s changing faces according to different angles and its behavior, alongside the setting of a creepy 19th-century mansion.