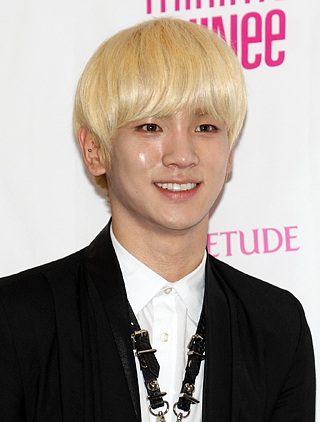 Singer Key of the K-pop boy group SHINee has been confirmed to be starring in a new tvN series titled “Honsul Couple,” according to multiple sources from the cable channel on Wednesday.

In the upcoming comedy drama, the singer will take on the role of a character studying to pass the civil service exam. Actress Hwang Woo-seul-hye will star alongside Key as a competent English teacher.

Scheduled to begin airing in August, the series will be helmed by director Choi Kyu-sik, who was responsible for season two of the tvN drama series “Let’s Eat” (2015). The script was written by Myung Soo-hyun, who wrote numerous hit dramas such as “Rude Miss Young-ae” (2007).

Key’s role in the series has caught the interest of many of his fans, since he has already proven his acting abilities through numerous stage musicals like “Catch Me if You Can” in 2012 and “Bonnie & Clyde” in 2013.