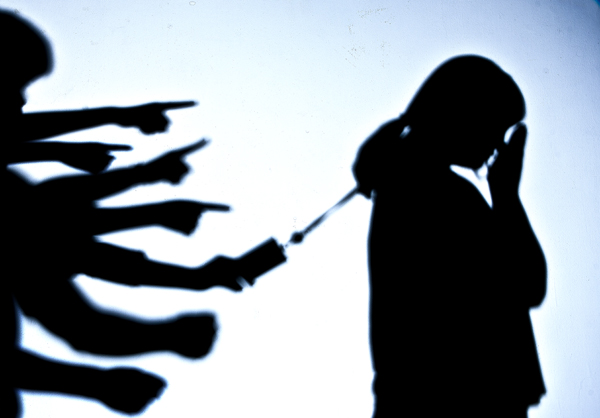 Six out of 10 employees say they have suffered some form of bullying at work, according to a survey last year by the Korea Research Institute for Vocation Education & Training.

For one such female employee, the last three years have been total misery. The 38-year-old teacher, who asks not to be identified, works in a facility in Seoul that supervises people with mental disorders. She has devoted the last 10 years of her life to her work, but three of her colleagues have, in recent years, taken to bullying her. They have blamed her for accidentally deleting documents, spread rumors that she is a thief and yelled at her in front of her students.

When she petitioned for the organization running the facility to intervene, officials dismissed the petition and questioned whether she was the cause of the bullying herself.

After taking a vacation to get psychiatric treatment in May 2014, she was diagnosed with stress disorder and also showed symptoms of social anxiety disorder. But the Korea Workers’ Compensation & Welfare Service denied her request for worker’s compensation insurance.

The teacher ended up quitting her job and took the case to court in January of last year. Last April, the Seoul Administrative Court concluded, “severity of the conflict exceeded that of the typical conflict frequently experienced in the work environment,” and the court ordered the Korea Workers’ Compensation & Welfare Service to compensate her for the treatment fee and her unpaid hours. This was the first time that workplace bullying was interpreted as an industrial accident.

“When I first heard that I won the case,” the victim said, “I cried and embraced my mom.”

She now lives a new life as a high school teacher.

But such a favorable outcome is rare. “There are only a few cases in which the court has ruled that mental abuse could be considered an industrial accident,” said Park Jong-hang, a lawyer for the teacher.

In another case, a 29-year-old corporate employee working in the business department was assigned by his senior numerous difficult tasks of no significance. On one occasion, when he actually was given meaningful work to do, it was filed under someone else’s name. According to the employee, this was all because he had declined to have a drink with a senior employee. His co-workers started ignoring him, and after a year of difficulty, he finally left the company.

A fashion designer working for a famous apparel company was called ugly and inept by her senior. The designer, a non-smoker who had to put up with her senior blowing cigarette smoke in her face, says, “I was afraid to face the day if I knew I had work.”

Experts blame corporate culture for offenders’ lack of empathy for the victims and the brutally competitive nature of the workplace. Workplace bullying can leave serious scars both physically and mentally. Kim Byung-soo, a mental health professor at Asan Hospital in southwestern Seoul, said, “For people in the modern era, the workplace is a kind of society in miniature. The number of employees looking for treatment because of workplace bullying has shot up by 20 to 30 percent in the past two to three years.”

Many also point to the fact that workplace abuse is detrimental to a company’s productivity.

“This kind of abuse greatly diminishes individual motivation and productivity and eventually leads to a company’s financial loss,” says Seo Yoo-jeong, a researcher for the Korea Research Institute for Vocational Education & Training. “The total monetary loss for each case is estimated to be at least 15 million won [$13,000].”

“We need to establish a social mechanism to inhibit such abusive and destructive behavior,” the lawyer Park said. “Isolating an employee in the workplace can bring about charges of defamation and libel.”

In Australia, Canada and a few European countries, there is already legislation regulating such behavior in the workplace. These laws stipulate that employers must create an environment free of abuse and they penalize the culprits of such activity.

“The government needs to come up with a law to let people know that the victims need to be protected and culprits will be penalized,” says Seo. She also stresses the importance of devising a mandatory training course for employees, much like the sexual harassment prevention training already in place. “It is also important for the officials in upper management to make clear that there will be no mercy for such offenders.”