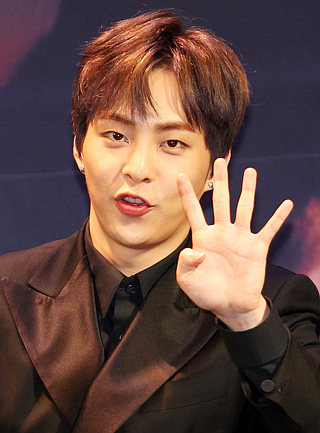 Xiumin of the K-pop boy group Exo will appear on the silver screen for the first time through “Seondal: The Man Who Sells the River” in July.

In the upcoming film, which mainly revolves around a genius con man named Kim Seon-dal, the singer takes on the role of a man with an overly bright personality who admires Kim and wishes to join the con man in his work.

The idol singer will portray a lovely character with a big dream, which is to bring back his town’s people who were taken away to China’s Qing Dynasty as slaves.

Although the movie was the singer’s first attempt at acting, his co-stars have praised him for his acting abilities.

According to actress Ra Mi-ran, “I met Xiumin for the first time through this movie. Even though this is his first time acting, I did not feel any awkwardness [in his acting] at all.”

The movie is scheduled to be released July 6.