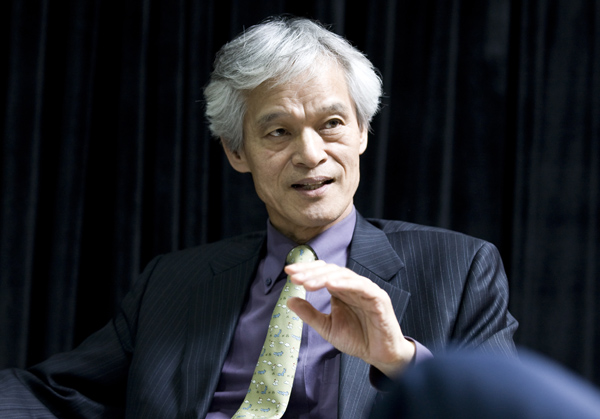 Prof. Song Ho-geun’s book, written in English, delves into the transformation of Korean society during the modernization era. [JOONGANG ILBO]

Over the years scholars have tried to analyze Korean society with overarching theories including the critical theory of the Frankfurt School, Marxist development theory and modernization theory.

But the country has evaded any possible explanation that the theories provided due to the drastic shifts in its history, according to Song Ho-keun, a professor of sociology at Seoul National University.

To answer his own question of how to explain the germination of Korean society, Song explores the period of modernization in his new book, “The Birth of the Citizen in Modern Korea.”

“This book traces the development of literate people into modern individuals and into citizens,” Song wrote in the preface of the new book, which is written in English. 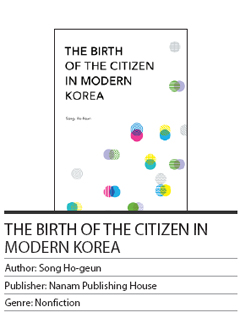 The book was originally published in two separate volumes in Korean: “The Birth of the People,” published in 2011, and his follow-up 2013 book, “The Birth of the Citizen.” Each of the books explores the changes in the role of the literate elite in Korea at the starting point of modernization, and when the phenomenon began influencing people more widely.

Song explains that Korean society was born in the late Joseon Dynasty (1392-1910) when people could openly forge their own discourse when hangul, or the Korean writing system developed by King Sejong the Great, was disseminated to people, and the upper class or yangban collapsed.

However, according to him, Korea’s societal shift during modernization period differs from other countries because of Japan’s colonization of Korea (1910-45), which impeded the natural shift that can lead to the birth of citizens with autonomy.

He also writes columns for major domestic newspapers, including the Joongang Ilbo and the Donga Ilbo. And he has published numerous books on welfare, social issues of contemporary Korea and even humanities.