The importance of Manchuria

The importance of Manchuria 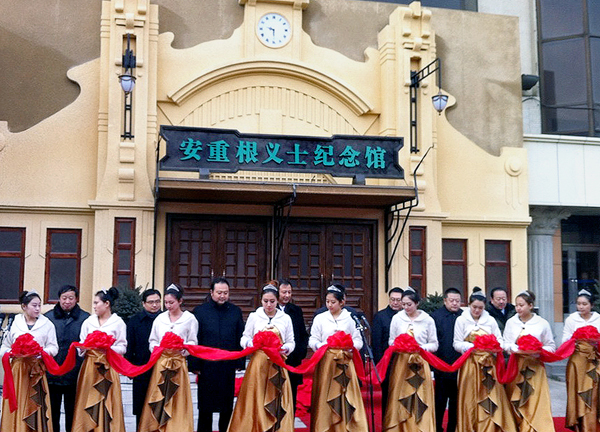 “On June 25, 1950, a war broke out on the divided Korean Peninsula. The next day, the U.S. Forces participated in the war. The civil war of the Korean Peninsula became an international war. On June 27, U.S. President Harry Truman deployed the 7th Fleet to the Taiwanese Strait and used the forces to prevent the unification of China. In August, U.S. Air Force fighters entered Chinese air space and carried out military strikes and non-elective bombing.”

The first episode of a Chinese drama entitled “The 38th Parallel” began with this narration. The series began airing across China on May 28. This week, it was the third most watched show. Chinese president Xi Jinping said in 2010 that the fight against the United States in Korea was a righteous fight. Young Chinese learn that lesson as they watch “The 38th Parallel.”

Three northeast provinces — Liaoning, Jilin and Heilongjiang — which had been Manchuria were considered the “eldest son” of the Republic. Mao Zedong had his eye on Harbin as the capital of the new China in 1946. The northeast region is very important to China.

In August six year ago, North Korean leader Kim Jong-il visited northeast China, travelling through the Manchurian plain across Jilin, Changchun, Harbin and Hunchun. There were rumors that Kim traveled with his son Kim Jong-un and introduced him to then-Chinese President Hu Jintao and several members of the Standing Committee. In June 2008, Xi chose North Korea as his first overseas destination as vice president of China. In late 2011, Kim Jong-il died and Kim Jong-un took power. Right before Xi organized his presidency, Kim conducted North Korea’s third nuclear test and executed his uncle Jang Song-thaek, who was close to China. In China, Zhou Yongkang, a pro-North Korean figure, was arrested. But things changed again. Last week’s meeting between Xi Jinping and Ri Su-yong is a signal. It is a Chinese version of “parallel policy,” simultaneously pursuing denuclearization and stability.

Solutions can be found in Manchuria. Shenyang is where Prince Sohyeon wrote “Simyangjangye.” Harbin is where An Jung-geun was fighting for the independence of Korea. Koreans have a profound relationship with the region through history.

Manchuria is a land of opportunity. The “eldest son of the Republic” is transforming today. Li Xi, Communist Party Secretary of Liaoning, is leading steel and shipbuilding restructuring. Heilongjiang Province governor Lu Hao is considered the next generation big shot. Korea should seek opportunities to discuss the renovation of northeast China with them.

From September 4 to 5, a G-20 summit is to be held in Hangzhou. President Park Geun-hye should head to the northeast region. Her destination could be the bridge across the Amnok River in Dandong or the ancient palaces of Shenyang. She could visit the street in Harbin that Korean writer Lee Hyo-seok walked on or Harbin Station. Meeting with ethnic Koreans in Mount Baekdu, Yanbian or Jiando would also be a good idea.

A U.S. president visiting Korea usually goes to the Demilitarized Zone for a photo opportunity. It’s been 24 years since Korea and China established diplomatic ties. But no incumbent president has visited Manchuria. We need a photo of President Park in Manchuria. A single photograph in the international news will be more powerful than any sanctions against North Korea.