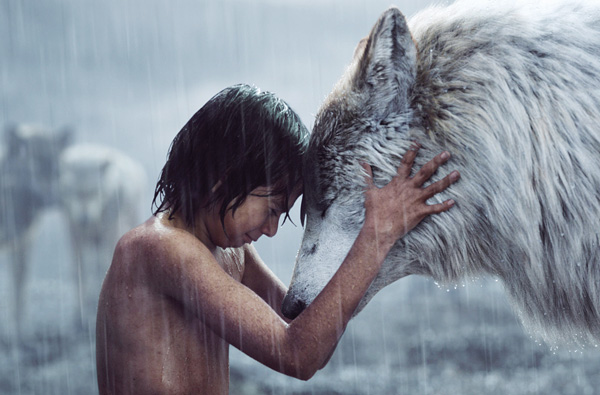 The 2016 live-action version of “The Jungle Book” was the top opener in the local box office over the weekend. [WALT DISNEY COMPANY KOREA]

The 2016 live-action version of “The Jungle Book” topped the local box office over the weekend.

The classic adventure story of Mowgli and his four-legged friends was released on Thursday and has attracted 851,932 moviegoers, roughly translating to 7.3 billion won ($6.2 million) in sales so far across 925 screens, the Korean Film Council said on Monday.

Based on the novel of the same title by Rudyard Kipling, the animated feature “The Jungle Book” was first produced by Walt Disney Studios in 1967. This time, the studio brought back the timeless adventure story with computer-generated imagery, appealing to both children and parents who grew up watching the original version.

The newest version of “The Jungle Book” hit theaters in North America on April 15 and stayed at the top of the North American box office for three consecutive weeks. The film has also become the third highest-grossing film of 2016, after “Captain America: Civil War” and “Zootopia.”

With “The Jungle Book” on top, ticket sales of family films were strong over the weekend. “The Angry Birds Movie” ranked eighth, while Japanese animated feature film “Yu-Gi-Oh!: The Dark Side of Dimensions” debuted in ninth place and proved its high popularity among preteens.

Fantasy action film “Warcraft: The Beginning,” which is based on a hugely popular video game series, debuted in second place and drew in 671,525 attendees.

The Korean film “The Handmaiden” fell to third, but it is setting a record by reaching the three-million mark in the 12 days since its release, becoming the second Korean film to achieve the milestone as an R-rated (19 and older) film. The No. 1 spot is currently held by R-rated film “Inside Men” (2015), which drew three million moviegoers in 10 days when it was released last November.

“The Conjuring 2,” the sequel to the 2013 horror film, ranked fourth in its first week, unlike its hugely successful debut in the North American market, while Korean film “The Wailing” came in fifth over the weekend.

Other films that made the top 10 weekend box-office sales are romantic drama film “Me Before You,” “X-Men: Apocalypse” and “Sing Street.”