Medals for the 2016 Rio Olympics are revealed by the IOC held at the Future Arena in Barra Olympic Park in Rio de Janeiro, Brazil on Wednesday. Despite all the concerns surrounding the upcoming Summer Games such as the outbreak of Zika virus, athletes around the world will compete to bring these medals home for their respective countries. [AP/NEWSIS]

The opening of the 2016 Summer Games in Rio de Janeiro is only 50 days away.

With the quadrennial event just around the corner, the International Olympic Committee is racing to prepare. The latest step was Wednesday’s unveiling of the official medals.

Korea’s athletes are also busy making their final preparations, as Team Korea aims to finish within the top 10 in the medal tally.

In sports like judo, archery, taekwondo and shooting, which have always been gold mines for Korea, the nation’s athletes are expected to see success once again.

But those expectations are newer for Korea’s golfers and footballers and so, perhaps, a little more stressful.

Korea’s female golfers are considered some of the world’s best, but this does little to diminish the stress. Competition for a spot on Korea’s team is unparalleled in its difficulty, but even then, LPGA results suggest it might still be difficult for them to medal.

In football, Korea is coming out of the last Olympics with a bronze medal. Anticipation they will earn another medal in August has only amplified after the team finished second in both the Asian Football Confederation (AFC) U-23 Championship in January and the prep tournament for the Olympics hosted by the Korea Football Association earlier this month. 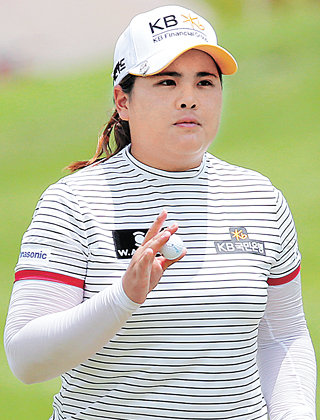 Golf has become an Olympic sport for the first time in 112 years, meaning the stakes are high and all eyes will be on Rio’s courses. This should be good news for Korea, which is stacked with top-ranking female golfers. As of today’s Rolex Rankings, Korea has nine players within the top 20. With a slew of talented Koreans competing for a spot in the Summer Games, all four golfers - whoever they may be - are plausible contenders for gold. They are expected to bring home at least one medal.

But the small size of the team means competition for a spot, which is determined by world ranking, is fierce. Jang Ha-na, who just fell from ninth in the world to 10th and remains fifth among Koreans, might not be able to participate in the Summer Games if the roster was decided today.

“To think someone could be the ninth best player in the world, but might not be able to make the Olympic team from Korea, that’s pretty amazing,” LPGA Tour Commissioner Mike Whan said during an interview with the Associated Press.

“Our country is so focused on Olympic competition,” said Pak Se-ri, the head coach of the women’s Olympics golf team, to the Associated Press. “It doesn’t get any bigger for a Korean athlete than to compete for our country in the Olympics. There’s a lot of pressure on our young Koreans to make the team because we have so many great players over here.”

Without a doubt, this puts a substantial amount of pressure on Korean golfers, not to just qualify for the team but to come out of the tournament with medals. Park In-bee, ranked third in the world and top among Koreans, hinted that she might withdraw from the Olympics. Park has been suffering from a series of injuries this season. Although she wants to compete, her latest thumb injury is forcing her to reconsider.

“If I’m not at my full condition, I kind of feel like I have to give a chance to somebody else who can perform so much better than me at the moment,” Park said at a press conference last week. “I’m definitely concerned about that part, but I just haven’t made a decision yet.”

Whether or not Park ultimately decides to compete, her condition is not good news for Korea’s chances in the Olympics.

Adding to the stress, top golfers from other countries like No.1 Lydia Ko of New Zealand, No.2 Brooke Henderson of Canada and No.7 Ariya Jutanugarn of Thailand are picking up momentum and look to threaten Korea’s chances at Olympics medals. Ko has grabbed two wins this year while Jutanugarn collected three. Henderson is the winner of latest major LPGA tournament, the KPMG Women’s PGA Championship.

Infostrada, a company that provides forecasts and information on sports, recently replaced Park with Ko as the top contender for Olympics gold. 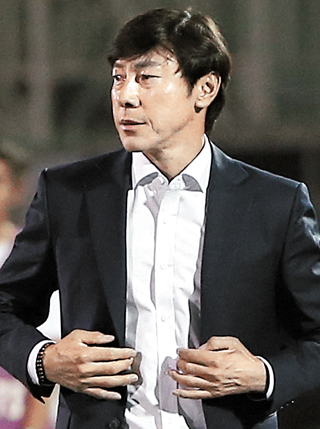 For Olympics national football team manager Shin Tae-yong, the most impending assignment is figuring out who to bring as the team’s wildcard.

The wildcard system adopted for the Olympics allows up to three players over the age of 23 to play in the otherwise under-23 tournament.

Older footballers are, of course, more experienced, and can often mean the difference between a win and a loss.

This was exactly the case during the 2012 Olympics in London where Korea finished third.

Then-wildcard Park Chu-young was critical to Korea’s eventual victory over Japan. In the final match, Park penetrated Japan’s side of the pitch on a fast break and shook off four defenders to score the opening goal and bring momentum to Korea. Korea eventually edged Japan 2-0 for the bronze.

Shin already picked Son Heung-min of Tottenham Hotspur as one wildcard. Son said early in the month that his club will release him in time for the Olympics, although when exactly this will happen is still unclear.

This complicates things for Shin, who expected Son to join the Olympics squad as early as possible to get enough practice with other players in the squad. Shin even hinted that he might exclude Son if his release date continues to be delayed.

Other than Son, who is an attacking midfielder, Shin hoped to use the wildcard system to bolster the team’s often criticized defense. The defensive lineup first came under fire after the 2016 AFC U-23 Championship. In the final match, Korea succumbed to the Japanese side despite taking an early lead. That all had to do with the team’s defense crumbling in the second half, conceding three goals in quick succession towards the end.

Shin has been determined not to make the same mistakes twice. He initially hoped to bring veteran defender Hong Jeong-ho from FC Augsburg as one of the wildcards. But as clubs are under no obligation to release players because the Olympics are not a FIFA event, the German club rejected Shin’s request.

Frustrated, Shin has been looking for alternative ways of strengthening the team and increasing its chances of standing atop the podium come August. “I am talking with the teams but discussion is not going as smoothly as I wanted,” Shin said. “If the schedule continues to be delayed, I might not select any wild card at all.”