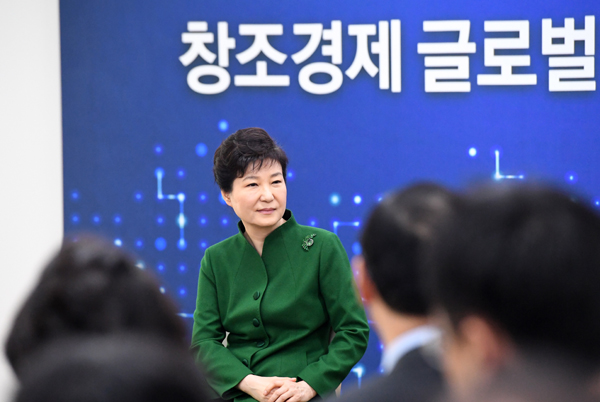 National attention is focused on the recent government restructuring plan for the shipbuilding and marine transport industries.

Discovering new growth engines for the national economy is just as urgent as restructuring traditional key industries. The existing top-down method of the government selecting several strategic industries for the future of the country can work, but innovative companies’ efforts to constantly develop new fields are more effective. The speed and scope of changes in technology and market environments cannot be compared to the past, and boundaries between industries are crumbling while the integration and convergence of industries are occurring all the time.

New rapidly growing companies need to be nurtured as a means to create new jobs. One of the main purposes of nurturing startups in other countries such as the United States and China is to create jobs. Countries have learned from experience that start-ups create more new jobs than existing conglomerates and play an important role in continued economic growth. Many of the government’s youth employment projects are criticized as stopgap measures, and our society needs to acknowledge that the fundamental solution for job creation is to revitalize ventures and startups.

In that sense, it is only natural that the administration advocating creative economic endeavors would revitalize venture and startups. The current administration has announced more than 10 venture and start-up vitalization plans and the industrial scene is clearly more energetic than before. The government has reviewed and included some core issues that venture companies had been requesting, such as the abolition of joint surety, an improved stock option system and changes to holding companies for independence of the KOSDAQ.

Foundations for increased opportunities for second chances and recruiting a talented workforce to the venture industry have been prepared. Also, the creative economy and innovation centers installed in each region to provide startup platforms deserve positive evaluation.

However, more fundamental and drastic improvement that breaks the existing mindset is necessary for government policies to work in the market properly. After all the policies and system reforms, can we say Korea’s talents are making bold challenges for innovation? Do we have a social system that provides second chances for them when their challenges fail?

The stock option system — which made the biggest contribution to bringing in a talented workforce to the venture industries, along with military exemption system — has lost its value after recent changes. The government made a few specific improvements such as partial tax benefits and the adjustment of taxation timing, but application in the field is still limited. Including entrepreneurship education in the regular curriculum can change social awareness of startups and enhance the competitiveness of the future generations, but it is still not included in elementary school programs.

And there is little content development for entrepreneurial education. Crowd funding, which took effect earlier this year, hasn’t taken off due to low investment limits and complicated procedures. In order to revitalize fintech, a buzz in the industry, various regulations in the financial sector should be lifted to allow IT companies to enter the fintech industry.

If you want to boil water, the temperature has to reach the boiling point. Even one degree below that is not enough. If the direction of the policy is to vitalize venture start-ups, the government needs to be bolder. It has to assume risk and go beyond the boiling point. When discussing venture-related policies, people often refer to Silicon Valley cases and say we can follow that example.

But systems and policies are not introduced to follow or imitate these examples nor are they implemented to accomplish what we aim for.
When a policy is not very effective, we need to pursue more drastic measures to meet our objectives. If the reforms and specific plans are not enough to find new growth engines for our economy, we are bound to pay more severe prices in the future.


*The author is the chairman of the Korea Venture Business Association and CEO of SOLiD.