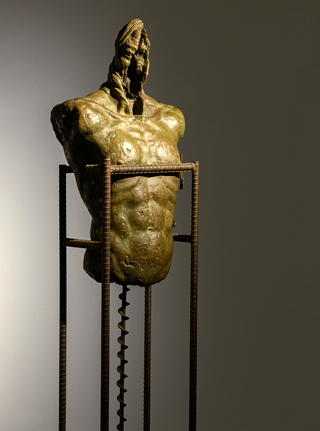 RYU IN:
THE BOUNDARY AND THE BETWEEN
Arario Gallery Seoul, Jongno District
To June 26: The solo show of Ryu In (1956-99) features nine pieces by the sculptor, who took a unique position in the Korean art scene of the 1980s and ’90s with his figurative sculptures of a tragic mood, and who died at the age of 43.

Three of the nine pieces on display in this exhibition are being revealed to the public for the first time. Among these is a large piece of an old tree combined with a human figure. The sculpture, “Title Unknown,” is one of the artist’s last works.

WRAP AROUND THE TIME
Nam June Paik Art Center,
Yongin, Gyeonggi
To July 3: In memory of Nam June Paik (1932-2006), the Korean-born founder of video art who passed away 10 years ago, the museum has invited 10 local and foreign curators. They include those whose jobs are not originally art curators such as a scientist, a novelist and a linguist.

Each of the, along with the head of the museum, Suh Jin-suk, selected inspirational pieces from among the museum’s collection of Paik’s works. And then they each invited artists to create a new piece inspired by Paik’s work, or submit an already created related work. The results comprise the exhibits. The works by Paik are on display on the first floor of the museum, and on the second floor are the works inspired by them. 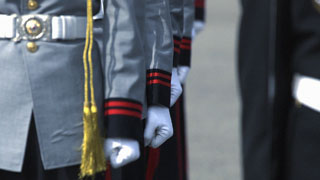 The museum announced on Monday it selected artist and film director Kelvin Kyung Kun Park, 39, as the winner of the 30 million won prize for this year. He presents in this exhibition the short film “Army: 600,000 Portraits,” which creates a collective portrait of young Korean men during their mandatory military service.

Among the other finalists, artist An Dong-il presents a landscape painting, which is, in fact, a composite of the iconic images from stamps issued during the Park Chung Hee administration in the 1960s and ’70s. The graphic design and data visualization duo Optical Race present an installation of infographics, where viewers are invited to see how their future economic conditions will be according to several conditions.

The other finalists are Kim Young-eun, Park Min-ha, Choi Hae-ri, Baek Jung-ki, Lee Ho-in, Jane Jin Kaisen and the Okin Collective, which is a team of three artists.

KOREAN GENRE AND FIGURE
PAINTINGS: SCENES OF EVERYDAY LIFE, IDEALS AND RECREATION
Dongdaemun Design Plaza, Jung District
To Aug. 28: The daily lives of both commoners and scholars spanning 500 years during the Joseon Dynasty (1392-1910) can be witnessed in this exhibition - the Kansong Art Museum’s sixth show at the DDP. 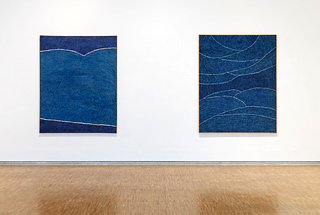 THE MAN IS GONE AND
THE ART HAS REMAINED
Whanki Museum, Jongno District
To Aug. 14: The large-scale retrospective of the modern Korean master Kim Whanki (1913-74) features 400 paintings, drawings and collages by the artist.

Among the exhibits are several abstract drawings and oil paintings on newspaper that show the artist’s continued experimentation and transition into pure abstract figuration. The result was Kim’s collection of dot paintings, which are now celebrated both by art critics and collectors. Dot paintings are also among the exhibits.

Admission is 10,000 won for adults. The museum is closed on Mondays. From Gyeongbokgung Station, line No. 3, exit 3, take Green Bus Nos. 1020 or 7212 and get off at the Buam-dong Resident Center stop.