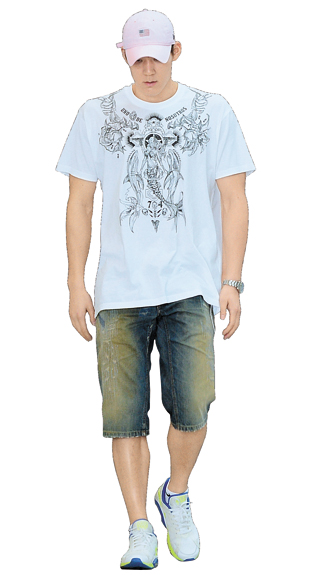 During the board of directors meeting on Thursday held in southern Seoul, the KOC decided to maintain its stance that Park cannot be listed on the national team roster for the upcoming Olympics.

According to KOC rules, an athlete suspended by International Swimming Federation (FINA) for doping cannot be listed on the national team roster for three years after the ban expires. Although Park has already served his 18-month suspension, he is barred from attending the Rio Olympics this August because of the rule. As it stands, Park cannot qualify for the national team until March 1, 2019.

Park appealed to the Court of Arbitration for Sports (CAS) on April 26 to amend the KOC regulation. The CAS is an independent institution that helps athletes and related organization settle disputes. After filing the appeal, he asked CAS to wait before moving forward to leave him room to fix the issue with KOC.

But immediately following KOC’s decision, Park’s representatives notified CAS and asked them to continue the appeal process, according to Park’s agent in Seoul.

The Olympic roster for swimming is finalized July 18 and CAS says it will make its decision prior to then.

“We understand where KOC is coming from,” said Park’s father, Park In-ho, during a press conference on Thursday following the KOC meeting. “Park has already been punished by the international body and victimizing him to set an example is harsh. We ask that the KOC reconsider its imposition of such a cruel measure.”

“We instituted this particular rule because competing for the country demands high moral standards,” said Han Jong-hee, a KOC director according to Yonhap News Agency. “Doping runs counter to the spirit of fair play, and we felt we needed to be strict in this regard for the sake of educating young athletes.”

“We will immediately notify CAS about the outcome of today’s board of directors meeting,” Han added. “Once the arbitration process begins, KOC will respond actively to the entire process.”

The swimming community in Korea is divided on the issue. Although some argue that what’s being imposed on Park is essentially double jeopardy, others say an already established rule cannot be abolished for a single athlete and that allowing Park back on the national team would be unfair.

KOC, on the other hand, has been adamant about the case, consistently citing younger swimmers in Korea as the reason behind their tough stance.

“We need to set an example for young people,” said Cho Young-ho, the secretary-general of KOC, in May. “Younger athletes could get the wrong idea that they can be a national team athlete even if they violate a regulation as long as they are good,” he added.

In contradiction to the KOC’s fears, however, many young local swimmers interviewed by the Korea JoongAng Daily seem to understand the severity of doping while still feeling Park had been punished enough.

“Doping tests are essential, of course,” said one high school student who is also an alternate for the national team. “But athletes [including Park] still should be given a second chance.”

Some even argue he is the victim of an unfair system, saying Korean athletics are governed by a handful of powerful figures rather than the rules.

“[Park is] being targeted by high-ranking sports officials in Korea because he displeased them somehow,” said another young swimmer.

When asked why they think some athletes might consider taking drugs, other student athletes cited the tremendous pressure to set records and win.

“The Korean system puts heavy emphasis on winning and topping past records,” said another student and national team alternate. “In every competition and every meet, we are burdened by the pressure that we somehow have to outperform the past ones. Otherwise, we will be scolded and robbed of chances to continue our career. This system is oppressive. Every time I get ready for the next event, I wonder if I should really do something [such as doping] to increase my level of performance.”

Even if CAS rules in Park’s favor, he still won’t be guaranteed a spot on the national team come August. CAS’s decision is non-binding, which means the best Park could hope for is a favorable ruling that puts pressure on KOC to allow him to compete.

Despite the odds, Park’s side remains hopeful given the outcome of a related incident.

In 2008, the International Olympic Committee established the “Osaka Rule,” forbidding athletes from participating in the next Olympics following the end of their doping suspension. Three years later, CAS decided this was unfair and petitioned for its elimination. Eventually, the IOC agreed and rescinded its earlier decision.

Although his participation in the Summer Games is up in the air, Park still participated in the Donga swimming championship at Gwangju Nambu University International Aquatics Center from April 25-29, which doubled as an Olympics qualifier.

In the competition, Park clocked “A” standards according to FINA in all of his events, including the 100-meter, 200-meter, 400-meter and 1500-meter freestyle.

In his main event, the 400-meter freestyle, Park timed 3 minutes and 44.26 seconds, ranking him fifth in the world this season in the event.

Park is currently in Australia, undergoing final preparation before the Olympics. Before he left for Australia for training, Park said, “The Olympics are just around the corner. Rather than just waiting here for the decision to be made, I would like to prepare myself as much as possible.”