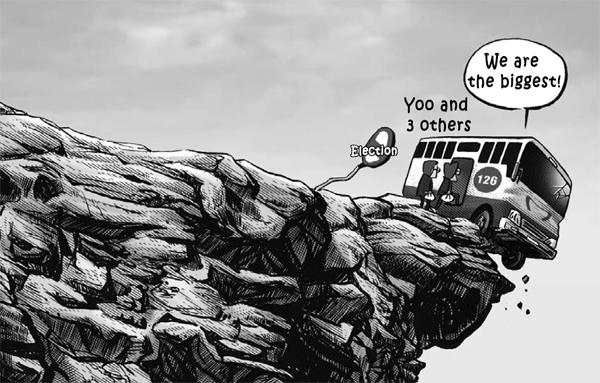 The ruling Saenuri Party has become the largest party in the National Assembly with 126 seats after accepting back four lawmakers-elect including former floor leader Yoo Seong-min. The lawmakers were denied nominations and ran independently in the April 13 general election. Three more will return later.