Playing by the rules

Playing by the rules 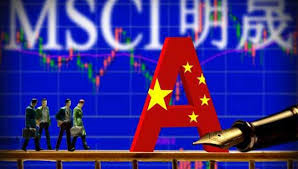 Chinese officialdom sounded a bit like a jilted girlfriend after confirmation that MSCI had decided — again — not to include Chinese domestic shares in its primary emerging-market stock index. One regulatory agency complained that MSCI’s index was “incomplete” without Chinese equities — in other words, you know you’d be much happier with me.

Of course, that’s true. Any index can’t represent the global economy if it excludes the world’s second-largest economy. Having said that, however, there’s no question MSCI made the right call. Simply being big and rich shouldn’t suffice to gain access to the key institutions and systems that govern the global economy. MSCI’s managers are saying that while China perhaps should be included in their indices, it doesn’t deserve that place yet.

In taking that stand, MSCI may have hit upon a more effective way for Western nations to contend with an increasingly assertive China, not to mention to encourage further reform within the country. Since the 1970s, their broad policy has been to welcome the rising giant into the existing, U.S.-led global economic system. To a great degree, that’s worked for all parties. China has been eager to join the institutions that manage this global economic system, such as the International Monetary Fund (IMF) and the World Trade Organization (WTO).

Indeed, its ascent from impoverished backwater to superpower has been founded upon the networks of free trade and finance built by the West. And even though China’s rise is probably the most dramatic shift in the global balance of power in modern times, it’s provoked only the most minor of disputes — an amazing achievement in a world too often awash in bloody conflicts.

Yet this strategy of accommodation may now have gone too far. China’s officials and business leaders increasingly demand the prestige and benefits offered by the global system without abiding by the rules that make that system work. For instance, its leaders are insistent that the country be granted “market” status by the WTO at the end of the year, despite continued massive state intervention in the economy. Before the MSCI decision, a Chinese regulatory official said eventual inclusion was a “historical certainty.”

Chinese leaders have been given plenty of reason for such confidence. In awarding the yuan reserve-currency status last year, the IMF made exceptions for China rather than holding it to its reform pledges. Chinese e-commerce company Alibaba operates a shopping platform that allows for an extensive trade in counterfeit goods that cost many U.S. brands dearly. But rather than forcing Alibaba to uphold intellectual property rights, U.S. regulators permitted the company to list on the very same New York exchange as those U.S. firms.

Compromises extend to issues that may not seem as important, but still allow Beijing to flout widely accepted rules. Chinese officials barred Miss Canada from competing in last year’s Miss World contest, held in China, because they disapproved of her political views. Instead of standing up for their contestants, the standards of the competition and plain, old-fashioned fair play, pageant organizers caved.

China apparently was looking for the same treatment from MSCI. A commentary published on Wednesday by Xinhua, the official news agency, conceded that MSCI’s decision was “understandable,” but then went on to say China’s capital markets were too big to be ignored. “International investors should not hold out for the ‘perfect scenario,’” Xinhua said.

By delaying China’s inclusion, on the other hand, MSCI made clear policymakers must abide by certain standards, whatever passport they carry. Chinese stock markets remain highly restricted to foreigners and haphazardly regulated. Recent steps by Chinese regulators to make those markets look better — widening access for U.S. investors, curbing random trading suspensions — are little more than window dressing. Capital flows remain tightly controlled, and the government has amply displayed its willingness to manipulate share prices. To meet MSCI’s standards, China would have to follow through on reforms to create more transparent and orderly financial markets.

Those who govern the global economy would be wise to adopt an equally principled attitude. The whole purpose of embracing China is to encourage more reform-minded elements in the government to press ahead with change, and to convince Beijing’s leadership that its interests are better served within the existing system than outside of it. By not holding China to its promises to open up and abide by international standards of business, the world is sending the signal that it doesn’t have to do so — which only encourages the forces averse to change.

That’s not good for China, let alone the rest of the world. Intensified pressure from governments, international businesses and institutions could help speed up a Chinese reform program that has proceeded glacially but remains critical to the future of the country and the world economy.

More importantly, if the global community allows China to break the rules, then there are, in effect, no rules. A globalized world system can’t function that way. Neither, ultimately, can China.