‘The Truth Beneath’ goes beyond cliches

‘The Truth Beneath’ goes beyond cliches 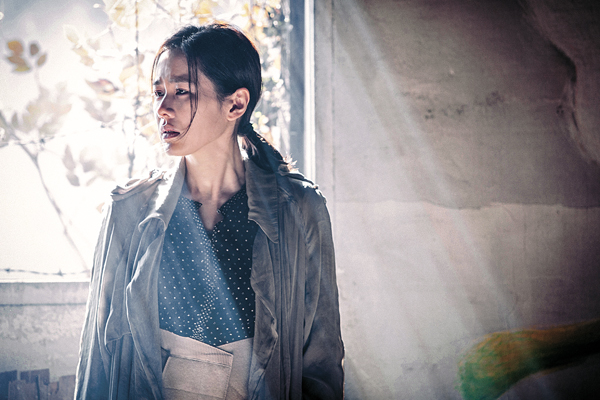 In the mystery thriller film “The Truth Beneath,” Son Ye-jin plays the role of Yeon-hong, who searches for her missing daughter. [CJ ENTERTAINMENT]


The missing child and the mother struggling to find her kid is a run-of-the-mill formula many films have already adopted.

But director Lee Kyoung-mi knows how to weave a story that has been told hundreds of times in a new and unfamiliar way that keeps audiences on the edge of their seats throughout the entirety of “The Truth Beneath.”

Lee is back with her second feature film eight years after her successful directorial debut, “Crush and Blush” (2008). 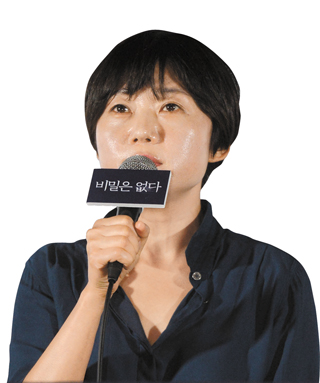 Director Lee Kyoung-mi, one of a handful of female auteurs in the Korea’s cinema scene, is back after eight years with her second feature film, “The Truth Beneath.” [NEWSIS]

With the story of a 20-something woman who often blushes, Lee swept local film awards the year she debuted. She won awards for best new director and best screenplay that year at prestigious local film awards.

Since Lee’s feature debut was impressive and the character so strong and unprecedented - maybe one of the most unattractive and undesirable yet sympathetic female characters in Korean cinema - her newest film was unveiled to the press Tuesday amid high expectations.

“The Truth Beneath” stars Son Ye-jin and Kim Joo-hyuk and revolves around the journey of Yeon-hong (played by Son) from a clueless, young and beautiful mother into a woman who tirelessly searches for her daughter, Min-jin, who goes missing on the first day of her husband’s election campaign.

News presenter-turned-politician Jong-chan (played by Kim) is so ambitious that he is concerned that his missing, troubled child will affect the results of the election, because one of his pledges is creating a safe environment for children, while Yeon-hong starts to collect any evidence that may help her find her child.

She combs through her daughter’s room and reviews more than 50,000 emails her daughter had received, and even deciphers hard-to-understand lyrics and doodles scribbled in her daughter’s journals.

“I wrote three scenarios over the past eight years, one for director Park Chan-wook’s new project called ‘Dokki’, and worked on a story called ‘Female Teacher’,” the 43-year-old director said when asked about her eight-year hiatus from the big screen.

“But the ‘Female Teacher’ wasn’t that satisfying, and director Park called me and said I should develop a sub plot from ‘Female Teacher’ into a main story, and that was the beginning of this film.”

Park, the director of “The Handmaiden” and other award-winning hit thrillers including “Stoker” (2012) and “Oldboy” (2003), participated in making “Crush and Blush” as a producer. It was his first project as a producer.

Lee and Park wrote the screenplay for “The Truth Beneath” together, and it is easy to spot Park’s influence in some of the darker scenes.

“I kept thinking about motherhood and wanted to tell a story about an insecure mother and how she achieves motherhood in the end,” Lee said.

“The Truth Beneath” packages itself as a film about motherhood, but it is also the story of Yeon-hong’s growth.

Although the film does not provide much background information about Yeon-hong, viewers know that she used to be the prettiest girl in her school, she got married earlier than her peers, and she became a mother at an early age, too. This explains Yeon-hong’s character. She is different from typical mother figures, often portrayed as strong and competent by the media.

Considering her characteristics, Yeon-hong’s transformation at the end is meaningful and is probably the message the director wanted to deliver. But the story would have been stronger if the film spent more time showing what kind of person Yeon-hong used to be.

Those who were fans of “Crush and Blush” may be disappointed with Lee’s second feature, which lacks consistency, too.

The film combines two stories: one about Min-jin’s relationship with her friends, and the other of Yeon-hong’s pursuit of her daughter, but the stories feel like two different genres.

The film has its virtues, though. It keeps tension high from beginning to end.

“I elaborated on music in order to make the audience stay focused on the story,” Lee said. “The way I used the original soundtrack is different from other Korean films. I used sound that is not shown on the screen or exaggerated certain sounds.”

Min-jin’s clear and resonant humming is frequently used as the soundtrack, which creates a sharp contrast with the dark and gut-wrenching story and makes Yeon-hong more sympathetic as the story nears its ending.

For her part, Son, who has played many pretty, feminine roles in her previous hits, saves this film from becoming a cliched story of a missing child and a mother with bloodshot eyes.

“The Truth Beneath” opens on June 23 at theaters nationwide. The film is rated 19 and over and its Korean title is “There is No Secret.”