Taeyeon’s new mini-album out this month

Taeyeon’s new mini-album out this month 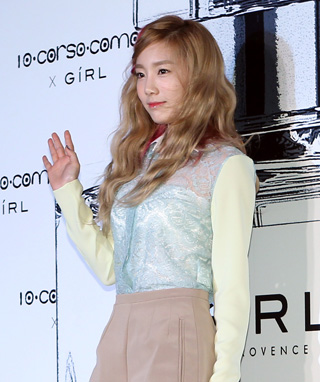 According to the entertainment company, the singer is scheduled to release “Why” on June 28 at midnight.

It will be her first mini-album since her last one, “I,” was released in October.

Taeyeon’s first mini-album was a hit among fans at home and abroad, rising to first place on numerous real-time music charts such as the iTunes album chart and MelOn.

The singer’s success in her previous mini-album has generated even more excitement for her next.

Taeyeon is also scheduled to hold solo concerts, titled “TAEYEON, Butterfly Kiss,” on July 9 and 10. The performances will be staged at Olympic Hall in Olympic Park, southeastern Seoul.

Since she debuted in 2007 as a member of Girls’ Generation, Taeyeon has taken part in numerous musical activities and has been recognized by the public as a talented vocalist.

She also recently released a single in collaboration with singer Kyuhyun of boy group Super Junior, who belongs to the same entertainment company.