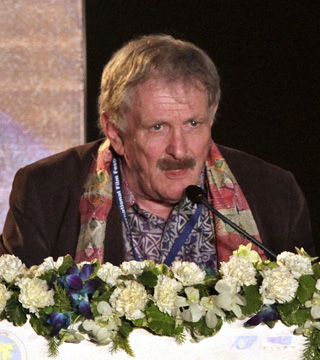 The guild did not disclose the cause of death, but Cox said last year that his transplanted liver had cancer.

He wrote and directed the 2015 movie “Force of Destiny,” starring David Wenham, which follows the journey of a man who finds love while waiting for a life-saving liver transplant.

The film was loosely based on Cox’s own cancer battle before a transplant in 2009 pulled him back from the brink.

His documentaries included “Vincent: The Life and Death of Vincent van Gogh” in 1987, and “The Diaries of Vaslav Nijinsky” in 2001.