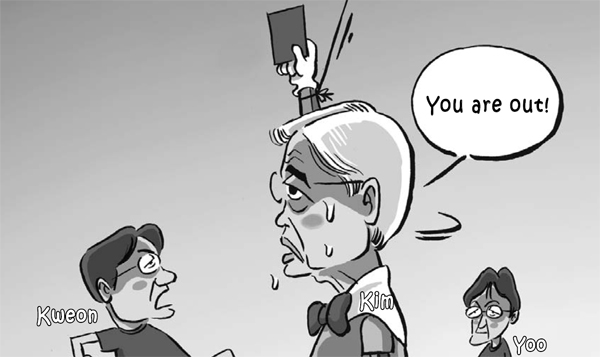 After reluctantly resuming his job as chairman of the emergency committee of the embattled Saenuri Party after offending remarks from floor leader Chung Jin-suk over accepting back seven lawmakers, including former floor leader Yoo Seong-min, who ran independently in the April 13 general election in protest of President Park Geun-hye’s strong-handedness, Kim Hee-ok, head of the ac hoc committee, wanted Secretary General Kweon Seong-dong — instead of Chung — to step down to justify his return. Kim’s action can be seen as an attempt to reinforce the pro-Park group in the party until her term expires in February, 2018.