Britain pushed toward the door

Britain pushed toward the door 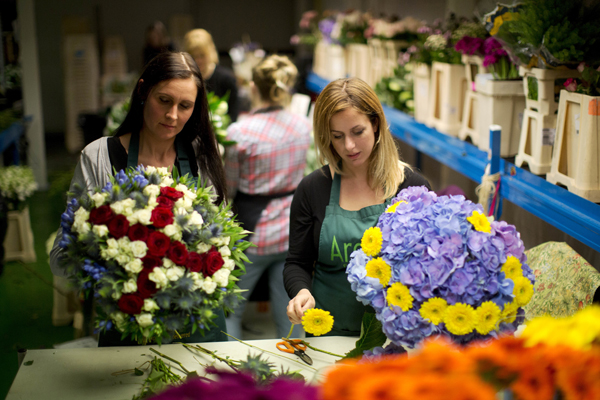 Mourners pay tribute to the tragic death of Jo Cox, a British Labor Party politician who died after an attack by a gunman in support of a British exit from the European Union. [AP/NEWSIS]

So Britain might actually do it. With a week to go before the referendum on Thursday, recent polls say the campaign to quit the European Union is ahead. The government and its allies in the Stay campaign are alarmed.

Why is this happening?

The excellence of the Leave campaign certainly isn’t the reason. Advocates of the so-called Brexit made a weak case, unable to say what leaving the EU would mean for the country’s future trade arrangements or which parts of EU law would be re-adopted and which discarded. It wasn’t because these issues can’t be debated in advance — they can — but because Leave advocates are divided among themselves on what leaving the EU ought to mean.

But while the Leave campaign was bad, the Stay campaign was worse. Prime Minister David Cameron and his allies were more competent than the other side in technical terms — maybe to a fault. They bombarded voters with study after detailed study predicting dire results for the economy if the U.K. quits. But voters remember the earlier expert consensus that Britain should ditch sterling and join the euro system, and they see how that would have worked out.

The dismal record of expert insight on Britain and Europe created a credibility problem, and the endless repetitions and recyclings of Cameron’s “Project Fear” were never going to solve it.

Failing to get traction, the Stay campaign then made things worse by trending toward hysteria. All signs suggest that life outside the European Union is possible; Switzerland isn’t mired, so far as one can see, in perpetual poverty. Yet the emphasis on the Britain’s bleak future without the blessings of the European Commission went on.

A television audience recently laughed at Cameron when an interviewer asked him, “Which will come first, prime minister, World War Three or the Brexit recession?” Donald Tusk, president of the European Council, went one better recently, declaring that “Brexit could be the beginning of the destruction of not only the EU but also of western political civilization in its entirety.”

Project Fear was a potentially fatal mistake. The positive case for a British future in Europe needed to be made as well. But spare a thought for Cameron: Europe’s other leaders left him little choice in this.

The starting point for the campaigns — the reason Cameron proposed a referendum in the first place — was longstanding disaffection with the European project, lately amplified by fears over uncontrolled immigration. Cameron judged that this sentiment couldn’t be ignored, partly because it threatened to split his party. He thought he could quell it by negotiating new terms with the EU and by promising to put the deal to voters.

Europe’s other leaders could and should have helped him. They should have recognized him as an ally — and in doing so would have strengthened the European project. Certainly, to judge by Tusk’s comments, they recognize their interest in keeping Britain in. And they surely understand that Europe as a whole needs to change — that anti-EU sentiment is on the rise in many other countries.

Yet they sent Cameron away from his vaunted renegotiation with too little. And the tone of their response was even more damaging than the lack of substance. The message came through loud and clear: It isn’t Britain’s place to tell Europe how to change.

Polls can be wrong. There are still enough undecided voters to give Cameron the win he’s staked his career on, so long as they split disproportionately in his favor. They probably will, because undecideds usually play it safe. The betting markets, unlike the polls, still expect a vote to stay, though less confidently than before. Nonetheless, it’s finally dawning on people that Brexit could happen.

It’s the wrong choice. Quitting the EU would be a huge risk. The “Brexit recession” that Cameron was teased about might happen. Even if things didn’t go catastrophically wrong, the costs would likely outweigh the gains.

But if the U.K. does vote to quit, give the EU due credit. By demonstrating, at a critical moment, its impatience with popular opinion and implacable resistance to reform, it did all it could to make Brexit more likely.


*The author is a Bloomberg View columnist and a member of the Bloomberg View editorial board. A former chief Washington commentator of the Financial Times, he previously worked at the Economist and as a senior editor at the Atlantic.