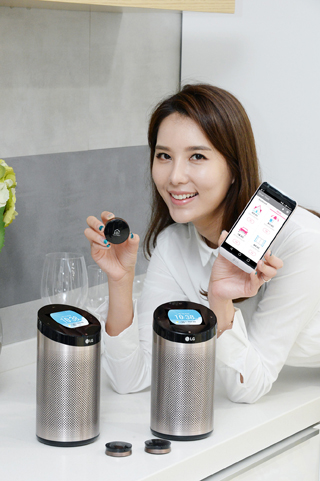 Users can attach sensors to home appliances and link them to their smartphones to receive information about what the appliance is doing.

For example, a sensor connected to a washing machine can send a message to the user’s phone when the machine is finished with a load. A sensor attached to a home entrance will automatically change the room temperature when the front door opens by starting the air conditioner.

The company also released the Smart ThinQ Hub, which shows the operational status of Smart ThinQ sensors and smart home appliances. The hub also has uses beyond home appliances; it can be linked to Google Calendar and notify users of appointments.

With speakers included, the hub can play music through Bluetooth.