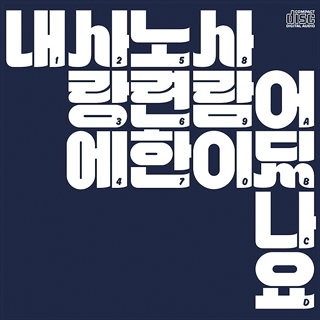 “Who’s Good at Their Own Love?”

Kiha & The Faces released their fourth mini album, “Who’s Good at Their Own Love?” after their third album in 2014. The album will definitely strike a chord with those who feel like failures in love and relationships.

The eight-year-old indie band’s most popular songs have been rhythmic and feature witty lyrics, including “I Heard Some Rumor” and “Let’s Meet Now,” so fans have been expecting more of the same. But the new album, which contains 10 tracks including “Kieuk” and “The Smell’s Gone,” is something of a departure.

The major difference is the introduction of narratives. Every track contains a different love story, including “Kieuk,” which has already been well-received by fans for its unique lyrics and melodies.

But as always, Kiha & The Faces manages to come off as deeply sympathetic. Perhaps that feeling is stronger this time around than before, considering most of us have recollections of being clumsily in love.