Time to end the long silence

Time to end the long silence 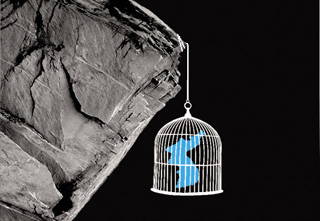 Sixteen years ago this month, the Republic of Korea’s Air Force One took off from Seoul Airport, flew one hour, and peacefully landed in the Democratic People’s Republic of Korea’s Sunan Aiport. A row of honor guards and a military band warmly greeted South Korean President Kim Dae-jung and his entourage. The trip, rich with politically symbolic significance, represented the start of a new era of engagement into North Korea. In the beginning, however, the most dramatic event of the Kim Dae-jung presidency took place in doubt.

Rewind to the presidential office of February 3, 2000. At a regular weekly one-on-one meeting with the director of National Intelligence Service, President Kim told his NIS director that the North has sent the South a message with its intent to promote an inter-Korean summit. It was only natural that the NIS should start analyzing whether the message could become the starting point for a serious dialogue. There were James Bond-like clandestine contacts in Singapore and China.

President Kim was particularly careful not to straight-jacket his North Korea policy as a result of wrong judgment. Hence, a full text of the presidential speech in Germany on March, 2000 was in advance delivered to the North through Panmunjom, the truce village. Needless to say, it was a gesture of considerable trust and courtesy towards the Stalinist state that had been at war. Washington was informed of the progress through its ambassador to Seoul, so that there was no major embarrassment to the U.S. All they have to do was to wait and see the historic denouement.

Watched through live broadcasts, on June 15, 2000, a crowd of women wearing Hanbok enthusiastically waved flowers in honor of President Kim’s arrival. It was, to be sure, a triumphant moment for the left-leaning President. He must be a welcome visitor. In tandem with Chairman Kim Jong-il of North Korea, President Kim inspected the honor guards and reviewed their parades. It was an inspired way of holding out an olive branch to the reclusive regime with which South Korea has feuded for more than half a century.

To be frank, I felt as if the transformational visit would end the long-decade enmity between the archenemies, at least until critics of the summit meeting were about to offer a counterpoint to the optimism of liberal President Kim’s visit. Right-wing pundits saw the need to inject new viewpoints into the historical occasion, since there was in their political judgment the clear declaration that the summit meeting failed.

In truth, some want to see another historic meeting, but others do not want it. I do not deny that this is a politically important consideration.

Yet, given there are only two ways---diplomatic negotiations or military action, other than the implosion of North Korea--to prevent North Korea from advancing its nuclear weapons program, I fear that the long silence between the leaders of the two Koreas risks letting the North Korean nuclear genie out of the bottle.

Madame President Park needs to accelerate history, instead of being content to maintain the status quo. In making North Korea reform its broken system, good intentions and high-sounding rhetoric are not enough. Given we cannot change North Korea’s past but can change its future, President Park’s expressed desire to visit the North could offer a reliable way to gauge the depth of reciprocity between the two Koreas. Above all, President Park has an astonishing talent for simplifying complicated issues in one way or another. I believe so.

Her five-year term expires in February 2018. With less than 20 months left in office, she has no reason to hesitate to advocate direct, unconditional talks. Setting aside debate about whether two inter-Korean summit meetings, the late left-leaning President Roh Moo-hyun’s visit to Pyongyang in 2007 included, were productive in cementing reconciliation and cooperation, President Park needs to demonstrate the political and diplomatic audacity to sit together with Kim Jong-un, young Confucian monarch of the totalitarian state with a 21st-century Stalinist cult of personality.

The situation has rarely been sterner than now. As soon as North Korea allegedly tested its first hydrogen bomb on January 6, 2016, for example, President Park decided to resume, on January 8, propaganda broadcasts that its military had stopped transmitting from giant loudspeakers along the heavily fortified border with North Korea. Plus, the Seoul government unexpectedly closed the Kaesong Industrial Complex it has successfully operated with North Korea in retaliation for Pyongyang’s rocket launch in February this year. These episodes show that the danger of war on the peninsula has not yet disappeared.

Likewise, led by the liberal governments, the summit talks eventually failed to stop the North’s nuclear ambitions. In other words, the liberal elites’ perception was subtle but extremely optimistic on the grounds that the North must be ideologically in favor of the progressives.

Today, they are blamed for this.

Now conservatives have been granted a good opportunity to argue that the sunshine engagement policy was fundamentally wrong. Why not, then, President Park, surrounded by the conservative elites, flies on Air Force One to Pyongyang? I do not have any illusion that her journey will quickly resolve the nuclear troubles, but I support the President’s valiant effort to prevent South Korea from becoming a hostage to an outlandish, nuclear-armed North Korea. Neither side won the internecine 1950-53 Korean War. But South Korea must now win the peace.


*The author, director with the Institute for Peace and Cooperation in Seoul, was formerly on the foreign and national security policy planning staff at the Presidential Office of South Korea. He also worked as the special adviser to the National Assembly Speaker for unification affairs.